The past few months have been great for VR enthusiasts, with the Oculus Rift and HTC Vive receiving substantial price decreases and the official release of Microsoft's new "Mixed Reality" Windows 10 VR platform.

In Q3 2017, it has been reported that over 1 million VR headsets have shipped, which is more than any previous quarter, with Sony shipping 490,000 PSVR headsets, Oculus shipping over 210,000 Rift headsets and HTC shipping over 160,000 Vive headsets. In total, these companies occupy 86% of the total VR market.

Vincent Thielke, a research analyst at Canalys, has attributed these increased sales to the reduced unit prices of several of today's VR headsets, especially the Oculus Rift which has seen a 33% price reduction from $599 to $399. This has, in turn, increased the growth of VR software sales, which will incentivise more developers to create new VR games and other content, creating yet more demand for VR headsets.

VR adoption in the consumer segment is highly dependent on price, and Oculus’ strategy of lowering prices has definitely helped drive adoption, 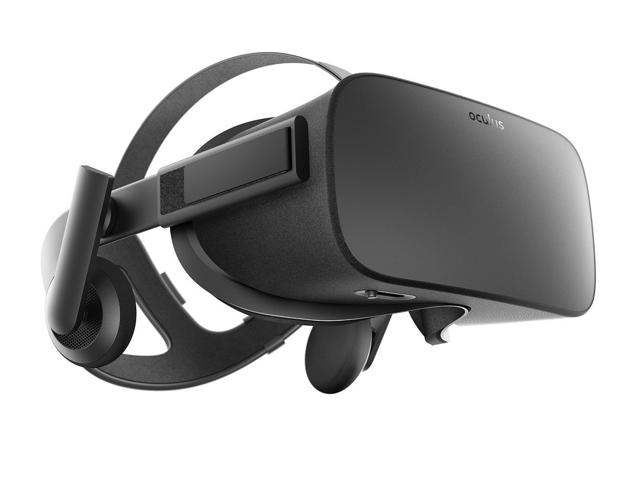 2018 is projected to be a strong year for VR, with lower pricing bringing more people into the ecosystem and more high profile VR game releases like Skyrim, Fallout 4 and DOOM VFR release.

New technology always comes with a high price tag and VR was no exception. Now, this technology is easier to produce and has become much more affordable, with PSVR offering a fantastic value proposition due to the low cost of PS4 hardware when compared to VR-ready PCs.

You can join the discussion on VR's strongest quarter to date on the OC3D Forums.

Digikid
Love my Rift. It brought my dreams of commanding a Starfleet Vessel to life......even if my crew never follows my "RAMMING SPEED" and " BEAM A PHOTON TORPEDO INTO THEIR CORE" orders for some reason....

Dicehunter
I can see VR being as essential as a monitor in a few years time, The experience is just amazing and you can do things in VR not possible on a flat 2D monitor, Not to mention the sense of scale and presence, It's fantastic.

First time I put on the CV1 I about passed out, Not from fright, But from sheer joy, My dream of flying in space in a massive cruiseer, Elite Dangerous, Was as close to becoming reality as I would ever have.Quote
Reply