Oculus has reduced the price of the Rift by £50

The Oculus Rift may be getting replaced later this year

Oculus has reduced the price of the Rift by £50

Oculus has announced that they have decreased the price of their Rift headset by $50, reducing the cost of the VR headset to $349. In the UK, the Oculus Rift sold for £399, with this price reduction lowering the cost of the headset to £349, with Oculus continuing their trend of matching US and UK pricing.

At the time of writing, the Oculus Rift VR headset ships with seven free VR apps, which includes Lucky's Tale, Medium, Toybox, Quill, Dead and Buried, Dragon Front and Robo Recall. The headset also ships with two Oculus sensors, two motion controllers and all of the cables that are required to connect the headset to a gaming PC.

This announcement comes shortly after HTC's reveal of their Vive Cosmos VR headset, which is designed to be the manufacturer's new "premium PC VR system". This headset is expected to release later this year and offer the Vive's "sharpest screens yet".

The Oculus Rift originally launched for $599, with the headset's VR motion controls shipping later for $199, totalling $798 for the full setup. Now both are available for less than half of this price and ships with several free games, though it is worth noting that add-ons like an Xbox One gamepad have been removed from Oculus' stock bundle. 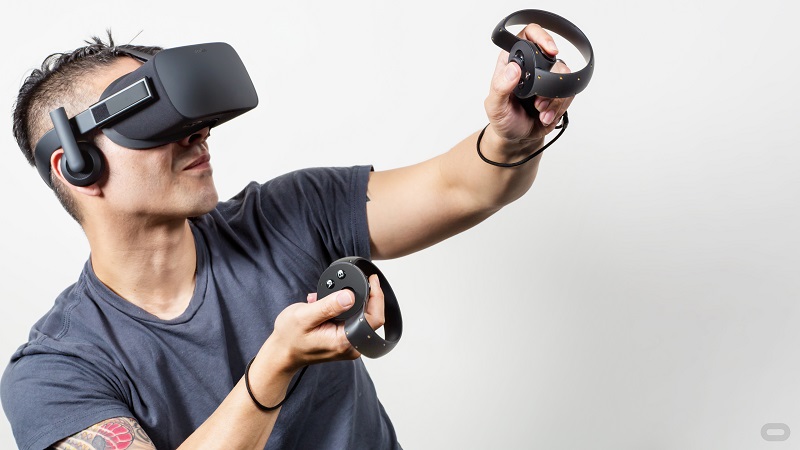 Rumour has it that Oculus is planning to release an upgraded VR headset called the Rift S later this year, offering an iterative refinement over today's Rift models. It is possible that this will be the last price reduction the headset receives before it is discontinued.

You can join the discussion on Oculus' Rift headset price decrease on the OC3D Forums.

AlienALX
Keep going, you're getting there.....Quote

Daiyus
I keep eyeing these up as it would be great for when I get those urges to play Elite Dangerous for a few weeks straight. Still too pricey brand new for one game though. Hopefully the second hand market will reflect this reduction so I can get one this year.

Either way I'm glad to see the price of entry for VR is dropping.Quote

Warchild
Its still more expensive than the price I paid for it last Xmas. I think I paid £299Quote
Reply