Everyone's waiting to see what's next from Nvidia, especially as the next generation of games consoles edges closer to release. Nvidia needs new hardware, and team Geforce has started teasing just time.

Unfortunately, Nvidia's latest tease isn't necessarily for next-generation hardware. All we know is that this is a "limited edition" graphics card for CD Projekt Red's Cyberpunk 2077, and that Nvidia plans to reveal more soon.

Cyberpunk 2077 was originally due to release on April 16th, which makes sense given the timing of this tease. Cyberpunk 2077 was delayed until September 17th, but that doesn't mean that Nvidia's customer Cyberpunk 2077 graphics card should be delayed. At this time it seems likely that we will see this new Geforce graphics card at GTC 2020, which is due to take place in March, where Nvidia will likely market the importance of its RTX feature set moving forward.

What remains to be seen is whether or not this new graphics card is a current-generation graphics card or a next-generation model. Is Nvidia planning an RTX 2080 Ti Super, or is this graphics card due to be an RTX 3000 series GPU model? Cyberpunk 2077 is due to feature support for raytracing on PC, making it an ideal tie-in for a limited edition Geforce graphics card.

Below is Nvidia's teaser image for its Limited Edition Cyberpunk 2077 RTX graphics card. 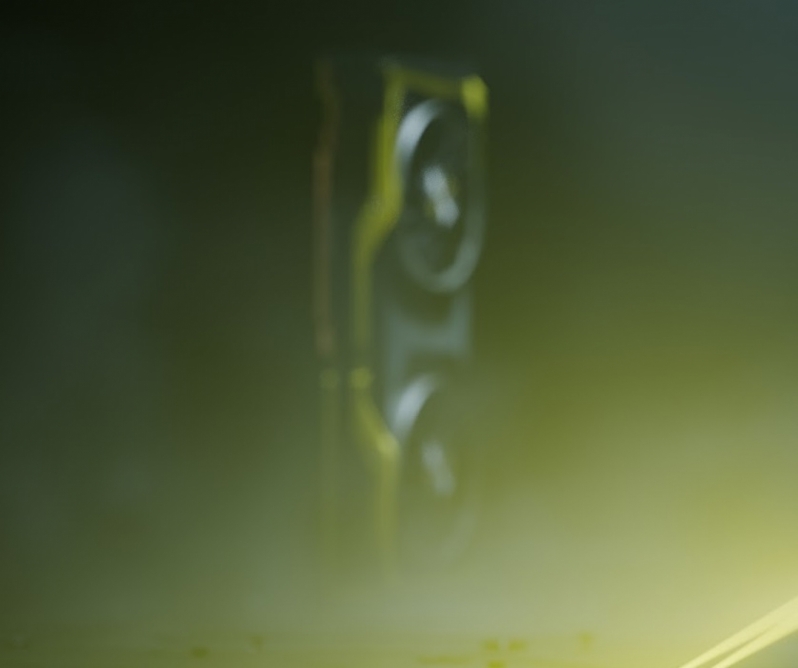 You can join the discussion for Nvidia's limited edition Cyberpunk 2077 graphics card on the OC3D Forums.

Just reminds me of the Titan star Wars and a way to shift stock before next gen.Quote

meuvoy
Yeah, knowing NVIDIA, It surely is a RTX card that will exist only as a reason for people to buy the remaining chips in stock before next gen launch.Quote

Warchild
Its just to shift surplus. They have a new range coming soon after all.Quote