When Nvidia announced their new Pascal GPU architecture, one of the most exciting new features was Simultaneous Multi-Projection. SMP offers the ability for Multi-monitor users to adjust displayed images for the tilt and angle of their various displays and allows images on several displays to be rendered in a single pass.

This, in theory, will give Nvidia users additional performance in games when using multi-monitor setups or in VR, provided that the developer has implemented this Nvidia only feature into their games.

At the start of this month, iRacing gained support for Nvidia Simultaneous Multi-Projection, but exclusively for three-screen surround setups at this time. This feature will not give any additional performance for single screen setups of VR users, though VR SMP support may be coming in a future patch. 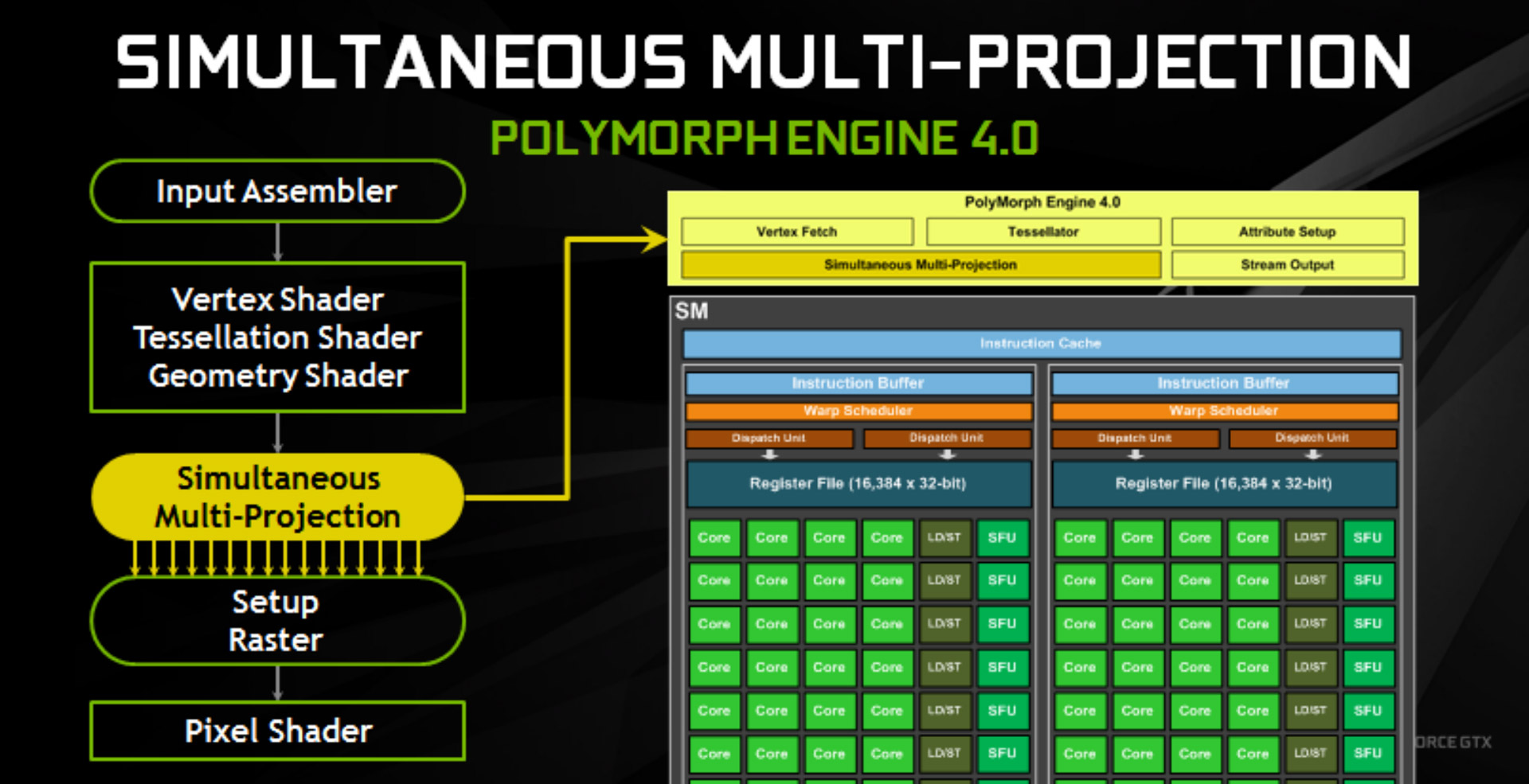 Computerbase.de has recently conducted testing on how iRacing benefits from Nvidia's SMP technology, with their testing showing performance improvements that are between 14% and 21% depending on the settings and GPUs used.

This performance gain is due to the images of all displays being rendered in a single pass instead of separately, allowing the game to render certain aspects of the scene only once instead of once for each display. As you can see in the graph below the performance gains here are significant. 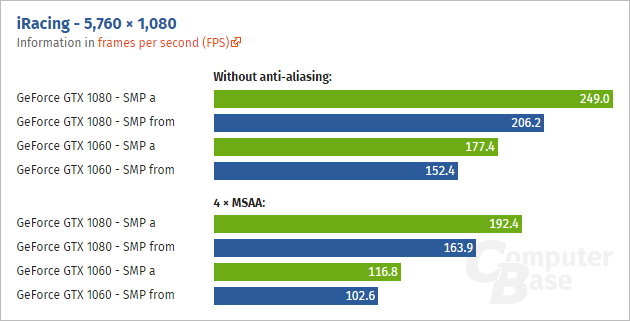 As the first showing for Nvidia SMP, these performance gains are hugely impressive, though it must be remembered that SMP can only be applied to multi-monitor configurations and VR headsets and even then can only apply to Nvidia Pascal GPUs.

With the promise of additional performance in VR applications, we can see SMP getting adopted by a lot of developers moving forward, though multi-monitor support gain such wide support. Right now Ultra-Wide displays are growing in popularity, and multi-monitor setups for gaming are declining.

You can join the discussion on Nvidia's Simultaneous Multi-Projection technology on the OC3D Forums.