According to a report from DigiTimes, Nvidia has plans to unveil their new Turing GPU architecture at GTC (GPU Technology Conference) 2018, a Nvidia only event which excludes other GPU manufacturers.

It is likely that this announcement will come with the reveal of a new roadmap, rather than the launch of a new product, with DigiTimes reporting that the company has plans to mass produce their Turing-based graphics cards in Q3 of this year. This timeline lines up with the timeframe where memory manufacturers are expecting their capacity expansions to take effect, potentially lowering the price of DRAM.

It has also been reported that Nvidia has started placing restrictions on their partners that forbid them from "publicly promote cryptocurrency mining activities or actively sell its consumer graphics cards to miners", an effort designed to improve their public image amongst gamers. This change won't prevent retail GPUs from going to miners, but it will help disassociate Nvidia's brand from cryptocurrency mining. 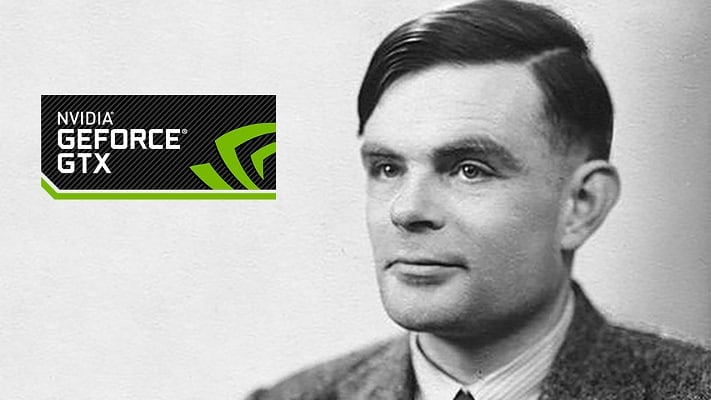 You can join the discussion on Nvidia' s Turing GPUs being set to mass production in Q3 2018 on the OC3D Forums.

AlienALX
Oddly enough I have seen three mining PCs broken down and sold recently. I don't know why.. We shall see I guess. That is a long way off though :SQuote

Piskeante
by that time, there will be no coin profitable to mine. So Nvidia will take a huge owned.Quote

Warchild
They will wait for the outcome of all these legislative pushes on cryptocurrency.

If it passes then miners will dump their cards on the used market and move towards ASIC providers like Bitmain. If this happens, well mining GPUs will never take off.Quote

Layer Cakes
So it would seem that the Turing name was more of a nod to AI capability than cryptography? certainly good news though. looks like 2018 may actually have a bit of excitement in the hardware space after all.Quote
Reply