Is Nvidia ditching TSMC for their Ampere gaming lineup?

Rumour has it that Nvidia plans to utilise Samsung's 8nm LPP manufacturing process to create its RTX 30 series of graphics cards, moving the company away from TSMC's 7nm technology.

Nvidia's Ampere A100 accelerate is already known to he using TSMC's 7nm node, but that does not mean that Nvidia's planning to tap TSMC in the gaming space. A source of several recent Nvidia rumours, @kopite7kimi, has claimed that Nvidia's next-generation of graphics cards are "100% Samsung 8nm", and these claims have already been picked up by several hardware websites.

While we no not believe these rumours, at least in their entirety, we do know that Samsung wants to grow its presence within the foundry market.  To do this, Samsung is allegedly selling their wafers at a lower cost than TSMC, hoping to attract more customers. That said, this does not mean that Nvidia plans to abandon TSMC to utilise Samsung's manufacturing tech.

In older product generations, Nvidia has taken a multi-fab approach to its manufacturing. With their GTX 10 series of products using Samsung to create some parts and TSMC to develop others. In that case, Nvidia used Samsung to build its lower-end models and TSMC to create its higher-end SKUs. Nvidia could be using a similar split with their upcoming RTX 30 series range.

Ultimately, we will not know Nvidia's foundry partner until the company reveals its next-generation product line. Beyond that, Nvidia has already proven itself to be capable of delivering industry-leading performance without using leading-edge lithography, offering similar levels of power efficiency to AMD's 7nm Navi architecture despite using 12nm transistors. 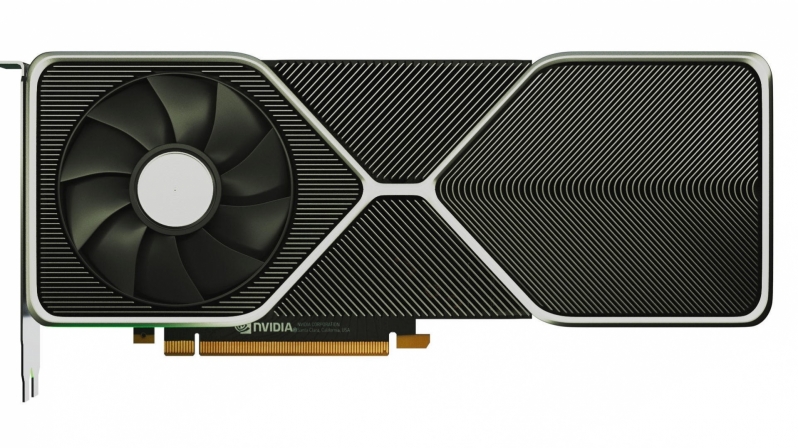 
When it comes to the RTX 30 series, all will be revealed in time, but as of now, these "Nvidia 100% Samsung" rumours are not to be taken seriously. Take these reports with a huge grain of salt and wait until more detail, verifiable information is available.

You can join the discussion on Nvidia's RTX 30 series of products allegedly using Samsung's 8nm process tech on the OC3D Forums.

tgrech
Hasn't this already been confirmed by NVidia? (A rep at NVidia Korea quoted from a translated article here) https://www.pcgamesn.com/nvidia/conf...ard-production

Edit: I guess no mention of these specific models until nowQuote

demonking
So let me get this correct, AMD are selling rights to Samsung to use RDNA in there mobile chips and Samsung are selling silicon wafers to Nvidia so they can build there rivaling architecture? but Nvida were buying their silicon from TSMC whos biggest customer is now AMD who are using TSMC's silicon to make there RDNA chips?Quote
Reply