Nvidia's RTX 3090 isn't just faster than an Xbox Series X; it's taller too!

Nvidia's RTX 3090 isn't just faster than an Xbox Series X; it's taller too!

Yesterday, Nvidia revealed its RTX 30 series of graphics cards, and they were game-changing. Not only do they deliver consumers a generational leap in performance, but they also deliver an unprecedented increase in value for money.

With Nvidia's RTX 3090 graphics card, Nvidia has launched its largest, and strongest, Geforce graphics card to date. How large is Nvidia's reference/Founders Edition RTX 3090? It's larger than an Xbox Series X, at least in terms of length. The size comparison above comes from Shen Lee on Twitter.

Computationally, Nvidia's RTX 3090 is more powerful than the graphics chip inside the Xbox Series X, has more total memory thanks to its 24GB bank of GDDR6X memory and will be significantly more expensive thanks to its £1,399 price tag. The graphics card is also 313mm (12.3 inches) long, and 138mm (5.4 inches) wide. The Xbox Series X is 301mm long and 151 mm wide. While we do not know Microsoft's Xbox Series X pricing, we can be certain that it won't cost more than £1,399. 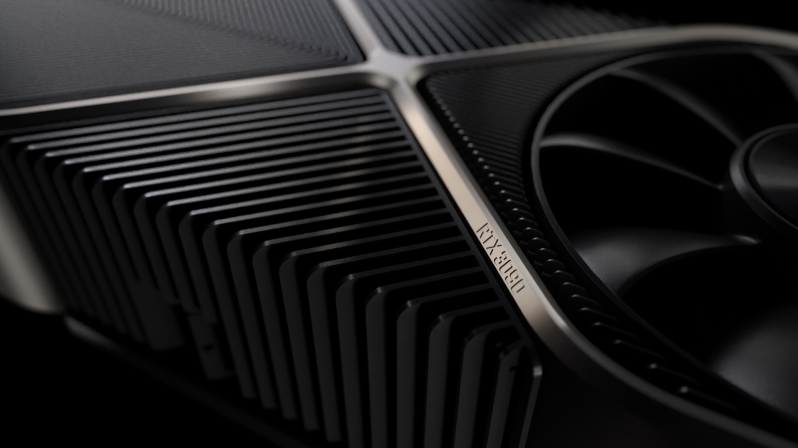 You can join the discussion on Nvidia's huge RTX 3090 graphics card on the OC3D Forums.

Bagpuss
Not that I'm buying one but the 3090's length isn't the problem, but the width/height might be though. When you add in the power connector cable, I'm not sure I'd be able to put the side window back on my Fractal Meshify C case!Quote

Warchild
Quote:
the thickness is a massive issue for me. Based on where I have my gpu vertical, it will not fit.

Who would have thought that my GPU upgrade would not fit in a corsair 1000D of all cases....Quote

AlienALX
Quote:
It's no bigger than the Kingpin, HOF, MSI Duke and so on. It is literally at the size limit they all are.

Warchild
Quote:
haha it doesnt fit in the vertical slot of my 1000D and thats a £500 case. I had the card in the second motherboard IO slot. But the 3090 would not allow me to close the side panel.Quote

AlienALX
Quote:
I guess they are literally assuming people will VM them these days. I didn't even try cramming it in another case