Thanks to @GarnetSunset on Twitter, we have our first look at Nvidia's RTX 3090 graphics card, a triple-slot behemoth which dwarfs the company's current flagship, the RTX 2080 Ti.

According to GarnetSunset, Nvidia's RTX 3090 will cost $1400, making the graphics card significantly larger and significantly more expensive than the company's RTX 2080 Ti. However, it is worth noting that leaked pricing can change drastically before product launches depending on market conditions and the expected competitiveness of competing products.

Nvidia's planning to host a Geforce event on September first, where the company plans to "highlight the company’s latest innovations in gaming and graphics". You can bet that Nvidia will reveal their first RTX 30 series products at this event, including their RTX 3090.

Like Nvidia's leaked RTX 3080 design, the RTX 3090 features a dual-fan design with a fan on the front of the card and another on the back. This large heatsink design also suggests that Nvidia's RTX 3090 graphics card will consume a lot of power and produce a lot of heat. 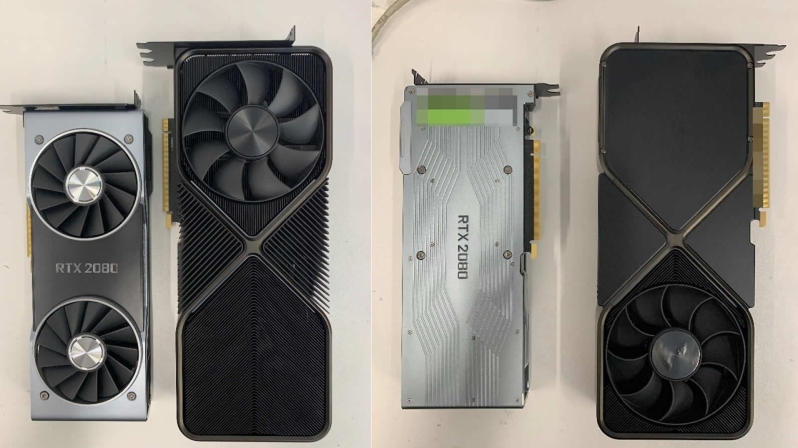 You can join the discussion on Nvidia's RTX 3090 graphics card on the OC3D Forums.

Piskeante
damm!!! those Gddr6x are having thermal issues for real!!!!Quote

Yeah, lets have a joke on the retail costs of these behemoths.Quote

WYP
I have already seen comments like "Firmi V2 confirmed?"Quote