It makes sense, given current rumours

Over the past few weeks, specifications for Nvidia's upcoming RTX 30 series have leaked onto the web, revealing what could be Nvidia's next-generation GPU lineup and a new memory type called GDDR6X.

At this time, we cannot confirm the validity of these specifications. Details of the Ampere series remain unknown to most Nvidia employees, making the best response from practically all Nvidia representatives be the industry standard "we don't comment on rumours". Take these specifications with a grain of salt, as while they have been independently reported by two sources, @KkatCorgi and @kolite7kimi, it is possible that these specifications originated from a single, possibly false, source.

It has now been reported by @KkatCorgi that Nvidia's upcoming RTX 3080 will offer (approximately) a 20% performance boost over Nvidia's RTX 2080 Ti. At this time it is unknown what workload was used to measure this change, or if this performance boost is an average that was taken across multiple workloads using an RTX 3080 test sample.

If the already leaked specifications of Nvidia's RTX 3080 are correct, Nvidia will be offering its users the same number of CUDA cores as their RTX 2080 Ti. With faster memory, architectural advancements and (potentially) higher clock speeds, a 20% performance gain should be more than possible for Nvidia's next-generation architecture.

At this time, no memory producer has revealed GDDR6X memory, which is something which casts a lot of doubt onto these rumoured specifications. That said, GDDR6X could be a brand name for faster than normal GDDR6 memory, similar to how HBM2E memory is just a faster version of normal HBM2 memory.

With Nvidia's RTX 2080 Ti being both bandwidth and power-constrained in many of today's games, it is easy to see how Ampere has the potential to deliver significant performance improvements over Turing. Smaller process tech and architectural enhancements will increase Ampere's efficiency, performance per clock cycle, and raw clock speeds over Nvidia's Turing-based RTX 2080 Ti. These factors should make Ampere a lot more powerful than Turing, at least on the high-end.

Below are a set of leaked specifications for Nvidia's RTX 30 series of high-end GPUs. 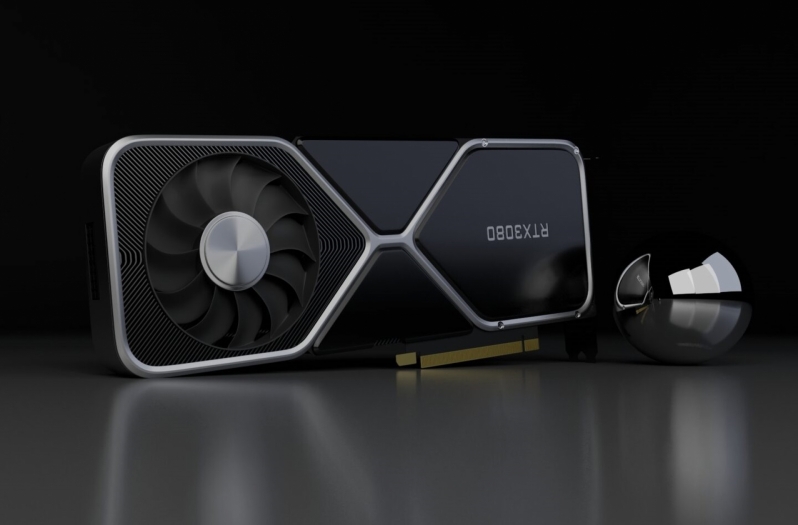 At this time, Nvidia has said nothing about their consumer-grade RTX Ampere series of graphics cards, so take these specifications with a massive grain of salt. That said, these specifications lie well within expectations for the RTX 30XX series, assuming that GDDR6X memory exists.

You can join the discussion on Nvidia's RTX 3080 on the OC3D Forums.

Avet
This is really good news if it is true. Last time Nvidia kinda failed. 2080 was equal to 1080 Ti. You don't want to see that.Quote

NeverBackDown
It'll come along with a nice 40% price increase too.Quote

AngryGoldfish
20% makes sense. Turing was mediocre. I don't think they have the wiggle room to repeat that again.


Quote:
A 40% price increase over a 2080Ti? I can't imagine they'll increase the price much over a 2080 even. Turing was overpriced and I reckon Nvidia realise it. They know RDNA2 will offer reasonable competition and they'll have to reduce or at least maintain the same prices.Quote

WYP
Quote:
With RDNA coming to the high-end, Nvidia will need to offer its customer more value for money, especially with the new consoles coming to the market. If they continue to aggravate PC gamers with higher than expected prices, they will allow AMD to steal market share and push some PC gamers towards consoles for a while.

Nvidia usually reacts when there is viable competition, and RDNA 2 will be enough to force Nvidia to move in the right direction. Pricing will be key with these new releases, and Nvidia knows it.

NeverBackDown
Even if it's more value for money than what we have right now, doesn't mean it's still good value. By inflating prices every new launch once AMD finally has something to offer the price brackets are already so far away from before that it then looks to be good value but historically it's still to expensive. Their profit margins are only growing and even though they sold an immense amount less of Turing chips than Pascal chips they still made more.

So if they keep the prices the same, to me it's still to much. Nvidia have no excuse they weren't even using the latest node technology at only 12nm. Now with 7nm and way more wafers needing to go around for every market? Can't see it getting lower. Can only see it staying the same or higher, depending on AMD.Quote
Reply