While we do not know if this design is legitimate or not, that hasn't stopped Reddit's JDSP_ from treating a set of full-3D renders for the graphics card, showcasing the GPU across a variety of angles. These images do not contain the GPU's PCB, NVLink connections, power inputs or integrated lighting, but they do showcase the aesthetic of Nvidia's alleged cooler design in a new light. 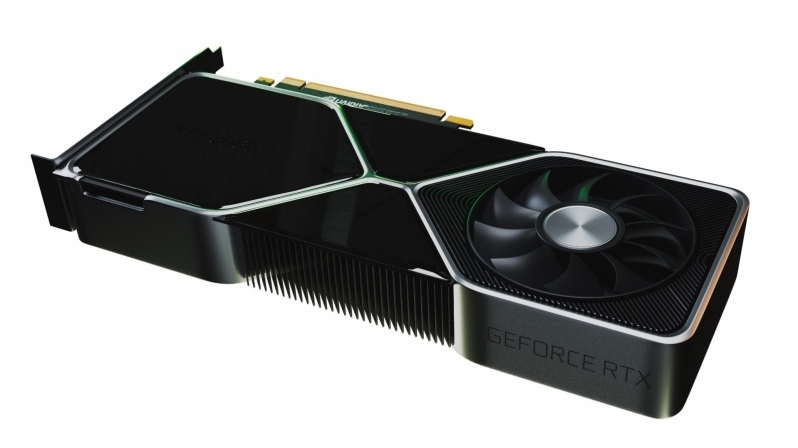 This heatsink design is unlike anything that we have ever seen before, leading many to declare that the design must be a fake. While the design is a little unorthodox, it is hard to know exactly how this design works in practice.  We must admit that the design is definitely striking enough to be worthy of Nvidia's Founders Edition name, but does it have the cooling capabilities that high-end PC users demand?

You can join the discussion on Nvidia's RTX 3080's fan-made 3D renders on the OC3D Forums.

AngryGoldfish
I would totally put that in my system... no innuendo implied. xDQuote

Pendragon
I'm I getting confused about the push and the pull? Fitted in a case in the conventual way, pull air from underneath (face of the card) then exhaust it out the top (back of the card) right into the intake of a CPU air cooler?!?

Feed a CPU air cooler with preheated GPU air, that is going to be great!Quote

AlienALX
Quote:
Bottom side is pull. It exhausts out of the PCI bracket. The right side is pull also, and exhausts through the card as the board has a V cut in it.Quote

Dicehunter
I like it but it needs 2 fans, 1 on each side, Extra airflow never hurt.Quote
Reply