Just look at the similarities

Nvidia has officially revealed their RTX 2060, leaving several questions unanswered regarding the card's underlying silicon and design. Is the RTX 2060 based on an all-new chip, or it is based on an existing design, perhaps the RTX 2070's TU106 graphics chip.

After having a brief look at a few AIB RTX 2060 designs, we found some interesting images from the ASUS camp, with their exploded drawing/rendering of their RTX 2060 Strix cooler showcasing some telltale signs that the RTX 2060 is based on Nvidia's TU106 silicon. First, we can see that the PCB design appears identical to the RTX 2070 Strix, with two empty GDDR6 memory slots being empty on the RTX 2060 Strix.

That said, the RTX 2060 Strix does use a marginally different cooler than its RTX 2070 counterpart, with small changes being visible in the cooler's internal metal frame. Aside from that, both graphics cards appear to offer the same overall aesthetic, featuring the same Wing-Blade fans, and seemingly identical backplate designs. 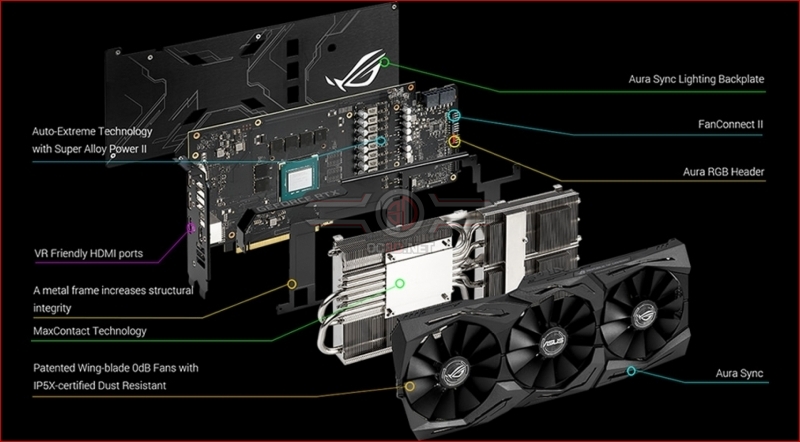 Assuming that ASUS' images are accurate, we can conclude that the RTX 2060 uses TU106 silicon, the same chip as the RTX 2070. Two 32-bit GDDR6 memory controller sections are disabled and 384 CUDA cores are deactivated, enabling Nvidia to achieve greater silicon yields with their TU106 silicon. 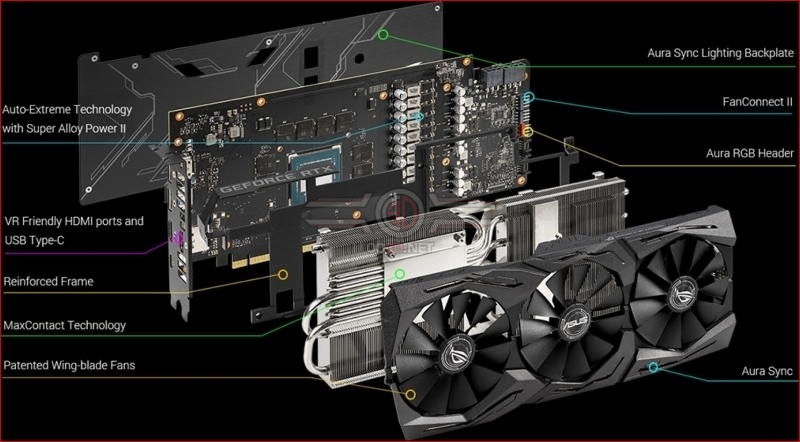 The RTX 2060's apparent use of TU106 silicon explains why Nvidia's RTX 2060 and RTX 2070 graphics cards are so similar, delivering 5 Gigarays and 6 Gigarays of ray tracing performance respectively.

You can join the discussion on Nvidia's RTX 2060 using cut-down RTX 2070 silicon on the OC3D Forums.