When will Nvidia release the RTX 2060?

In Nvidia's Q3 2018 Financials Earnings Call, the company confirmed that it might take up to two quarters to sell out their excess inventory of mid-range Pascal graphics cards, with these high retail stocks being attributed to the crash of the cryptocurrency market.

During this call, Nvidia also confirmed that there would be a "future Turing product" for the "mainstream" market, with Nvidia hoping to "get back to work" after their channel inventory is normalised. This wording suggests that Nvidia's next Turing GPU won't release until at least Q1 2019, but that doesn't mean that their hypothetical RTX 2060 doesn't already exist.

At this time it is unknown whether or not this is a real or fake listing, though the Final Fantasy XV database has accurately showcased graphics cards like the Radeon RX 590 long before its official launch, adding a small air of validity to this listing. Even so, this listing and its associated performance numbers should be taken with a grain of salt. 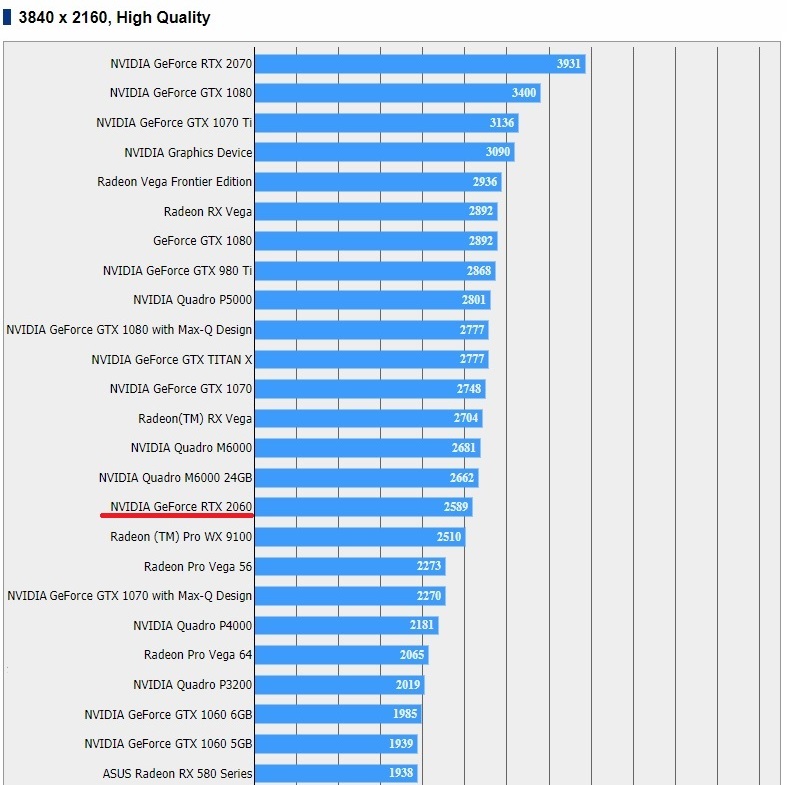 What do you think of these early RTX 2060 performance numbers? You can join the discussion on Nvidia's RTX 2060 graphics card appearing on the Final Fantasy XV benchmarking database on the OC3D Forums.

Dicehunter
IMO they shouldn't call anything lower than the 2080 "RTX" as realistically they are not going to do ray tracing very well at all, Should have given them the "GTX" moniker and save "RTX" for the 2080 and 2080 Ti.Quote

WYP
Quote:
TBH I'd wait to see other games use RTX before I say something like that, as I do remember that Enlisted was running at 4K 60+ with RTX enabled at Gamescom.

Games like Metro Exodus and Battlefield V will be super demanding without RTX at their max settings. Other games may have room for RTX without as much of a performance compromise.

DICE has already said that DXR performance will improve with time, as both NV's drivers and DICE's implementation of DXR will improve.Quote

Bhebhe
a cheaper RTX, i never thought they would release one because of the upgraded gddr5x of the 1060'sQuote

NeverBackDown
RTX is more than just Ray Tracing. It's the software suite. And the 2060 could support DLSS which would still mean it's technically RTXQuote
Reply