Nvidia has released Super versions of every card in its Turing lineup, with the only exceptions being their GTX 1660 Ti and their RTX 2080 Ti. The reasoning behind their lack of a GTX 1660 Ti Super is simple, as it would become a GPU with RTX 2060-class performance without and RTX features, but no such reason exists for the RTX 2080 Ti.

Rumour has it that Nvidia is working on an RTX 2080 Ti Super graphics card, a GPU with 4,608 CUDA cores, 16Gbps GDDR6 memory, and perhaps higher core clock speeds. Nvidia could also increase the GPU's memory amount to 12GB with a 384-bit memory bus, assuming that Nvidia sees the need for more memory bandwidth.

So is this RTX 2080 Ti rumour true? Probably not, but if it is, it looks like Nvidia's next-generation graphics cards aren't arriving as soon as expected. 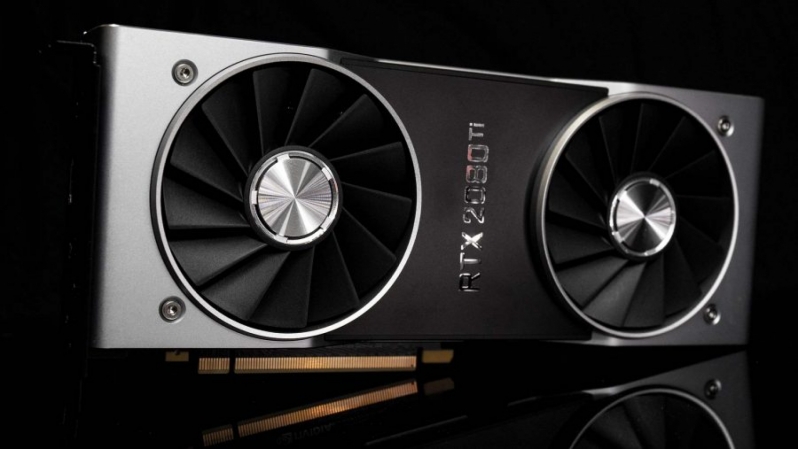 You can join the discussion on Nvidia's rumoured RTX 2080 Ti Super on the OC3D Forums.

Peace Đ
Pleeeaaaaase, staaaaaahp!! Does anyone really need this with a Titan RTX being available?Quote

What no one ever mentions is both the 2080 Ti and RTX Titan both use the TU102 chip, is there a TU100 chip lurking in the wings that could form the basis of an uber range of professional cards and ultra high end gaming cards?Quote

Damien c
Quote:
Those are being saved for next year, along with a price bump to ÂŁ1799 for the top end "Gaming" card

Dicehunter
So 256 extra CUDA cores which will give maybe 1FPS over a 2080 Ti and a SUPER sticker, IF this is true Nvidia must be bored.Quote
Reply