With competition heating up in the GPU space, the race is on to create the best suite of gaming software to entice PC users into each respective hardware ecosystem. Nvidia hopes to win this race by delivering more than what its competitors can offer.

One of the most notable additions to this driver is support for ReShade filters within both Nvidia Ansel and Nvidia FreeStyle, the latter of which can be used to adjust games using post-process filters using Nvidia's Geforce Experience app.

Using Nvidia FreeStyle, Geforce users can utilise a collection of both curated and community made ReShade filters on supported games. Nvidia has even created a collection of curated filters for newcomers to the ReShade ecosystem, which can be downloaded here.

Fans of "competitive games" should know that Nvidia FreeStyle will limit your filter options to 14 Nvidia-Made FreeStyle filters and around 30 curated ReShader Filters. Players of "non-competitive" games will have access to a wider variety of both Nvidia FreeStyle and Reshade game filters.

To directly counter AMD's Radeon Image Sharpening technology, Nvidia has added a standalone Image Sharpening feature to their Geforce Control Panel, offering support for all DirectX 9, 10, 11 and 12 games. Support for OpenGL and Vulkan games is said to be on the way.

The sharpness offered by this tool can be adjusted using Nvidia's Control Panel to best suit games on an individual basis. In addition to this, Nvidia has added an option to ignore film grain, a feature which often ruins post-process sharpening filters.

Another update to Nvidia's drivers is the addition of a new Ultra-Low Latency mode which features support for both G-Sync and G-Sync Compatible displays, which allows users to benefit from low-latency image response times and variable monitor refresh rates.

Low Latency Mode is now available within Nvidia's GPU Control Panel, and can be enabled on a per-game basis or as a global option. Set this option to Ultra to enable it alongside G-Sync. 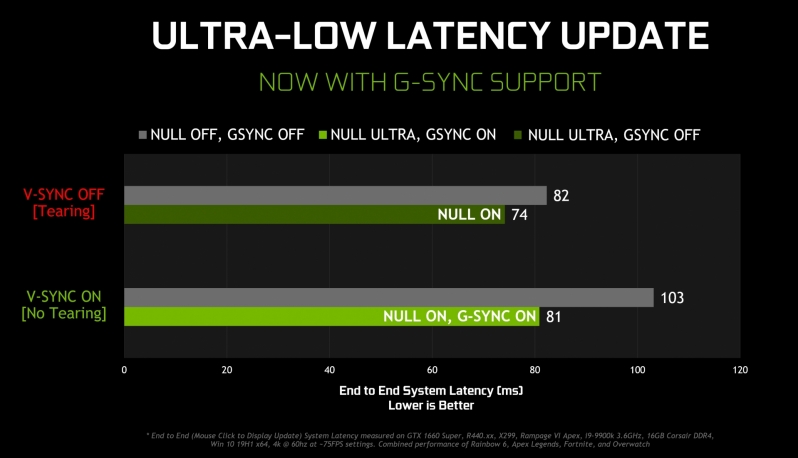 You can join the discussion on Nvidia's new Geforce 441.08 driver on the OC3D Forums.

WillSK
Can someone explain the ultra low latency a bit more for me. All the video seems to tell me is I can turn it on.

Is this universally beneficial? Is there any reason I wouldn't want it on?Quote

looz
Apparently it works by delaying frame rendering until needed for next refresh, instead of immediately starting work on the next frame when previous one is ready. It's non trivial to do reliably so enabling low input lag might result in stuttering if the window gets missed - CSGO was awful with this with the first low latency mode drivers, but that has since been fixed.


I'd keep it on globally and disable it game per game basis if you run into stuttering.Quote

NeverBackDown
The real question is how much it decreases latency by overall and power consumption. Based off what you said if it's only rendering per refresh cycle it should in theory consume less power, but that also begs the question of since we are pausing and starting rendering does that increase latency as well.Quote
Reply