Microsoft has tied the next generation of gaming to its new DirectX12 Ultimate feature set, a standard which turns DirectX 12 latest features into the core of the next-generation gaming experience.

Before now, DirectX 12's most innovative features have been considered optional by Microsoft, allowing older graphics hardware to support the API. This prevented developers from fully exploiting DirectX 12's newest features, holding back the API from reaching its fullest potential. That changes with DirectX 12 Ultimate.

Nvidia is now the first GPU manufacturer to fully support DirectX 12 Ultimate, as their RTX series of graphics cards supports all of the core features of Microsoft's next-generation graphics specifications. These features line up with the capabilities of Microsoft's Xbox Series X console, updating DXR to version 1.1, which adds new developer control features, offers Mesh Shaders, which are designed to deliver more geometric complexity in an efficient manner, and Variable Rate Shading, which will help developers deliver increase shader efficiency.

With their new Geforce and Quadro 450.82 pre-release drivers, Nvidia's offering developers full support for DirectX 12 Ultimate, something which AMD will not be able to provide until the release of its RDNA 2 graphics architecture later this year. This means that Nvidia is the only graphics card manufacturer that offers DirectX Ultimate support today. 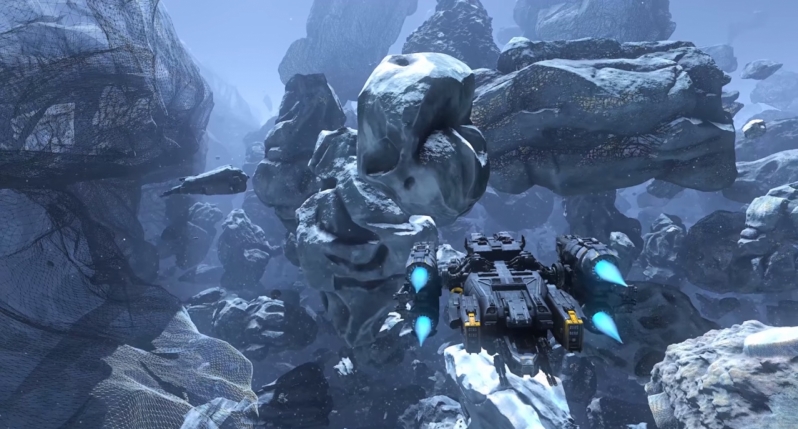 Mesh shaders bring the full power of generalised GPU compute to the geometry pipeline. They allow developers to build more detailed and dynamic worlds. Prior to mesh shaders, the GPU geometry pipeline hid the parallel nature of GPU hardware execution behind a simplified programming abstraction, which only gave developers access to seemingly linear shader functions. Mesh shaders change this by making geometry processes behave more like compute shaders. There is also an optional new shader stage called the amplification shader. This runs before the mesh shader, determines how many mesh shader thread groups are needed, and then launches the required number of mesh shaders.

Sampler Feedback enables better visual quality, shorter load times, and less stuttering. This is accomplished by providing detailed information that enables developers to only load in textures when needed. Sampler feedback also enables texture-space shading (TSS), a rendering technique which de-couples the shading of an object in world space from the rasterization of the shape of that object to the final target.

When a GPU from a host is shared with an Argon container on a normal Enterprise PC, an IoT workload can now be produced. An IoT SKU can then be run inside of the container. This necessitates a successful execution of compute & WinML applications in the container environment. Previously, GPUs were not supported on Argon containers. But with 20H1 GPUs (or virtual GPUs) now supported, developers can enjoy the benefits of GPU computation for any IoT based app development.

DX Runtime and Driver optimisations improve the performance of timestamp markers, which will help tools like PIX (a Microsoft-provided performance tuning and debugging tool for Windows and Xbox game developers using DirectX 12).

You can join the discussion on Nvidia releasing DirectX 12 Ultimate compliant drivers to developers on the OC3D Forums.

NeverBackDown
These will probably be standard for next gen titles. So it's good to see Nvidia already on the support.

WYP
Quote:
AMD needs to release RDNA 2 first. I just hope that those cards are ready sooner than later.Quote

AlienALX
is complaint a typo?

NeverBackDown
Quote:
It would be embarrassing if they didn't get it out before consoles. So yeah definitely needs to be sooner than later.Quote

Dicehunter
Quote:
And they need to make sure their driver is bug free upon launch, I'd rather have a rock solid driver than a driver with buggy gimmicky features and shiny UI.Quote
Reply