With the release of Nvidia's Volta-based Titan V GPU, one of the biggest questions on the minds of gamers is what kind of improvements Volta offers over Pascal. Will the Titan V act like a Pascal GPU with a lot more CUDA cores? Will the Volta architecture allow Nvidia to deliver more gaming performance than the Titan V's raw compute performance suggests?

Consumers want to know what to expect from "Little Volta", Nvidia's hypothetical next generation of gaming graphics hardware. Early reports from Gamers Nexus shows what appears to be improved DirectX 12 support, delivering what looks like more advanced async compute capabilities.

Andreas Schilling, HardwareLuxx's Editor, was also able to get a hold of a Nvidia Titan V and run it through a Direct3D 12 feature checker (results here) to discover that Volta includes more advanced DirectX 12 capabilities than Pascal. These results merely show that Nvidia's Volta Titan V offers support for Tier 3 Conservative Rasterisation support. 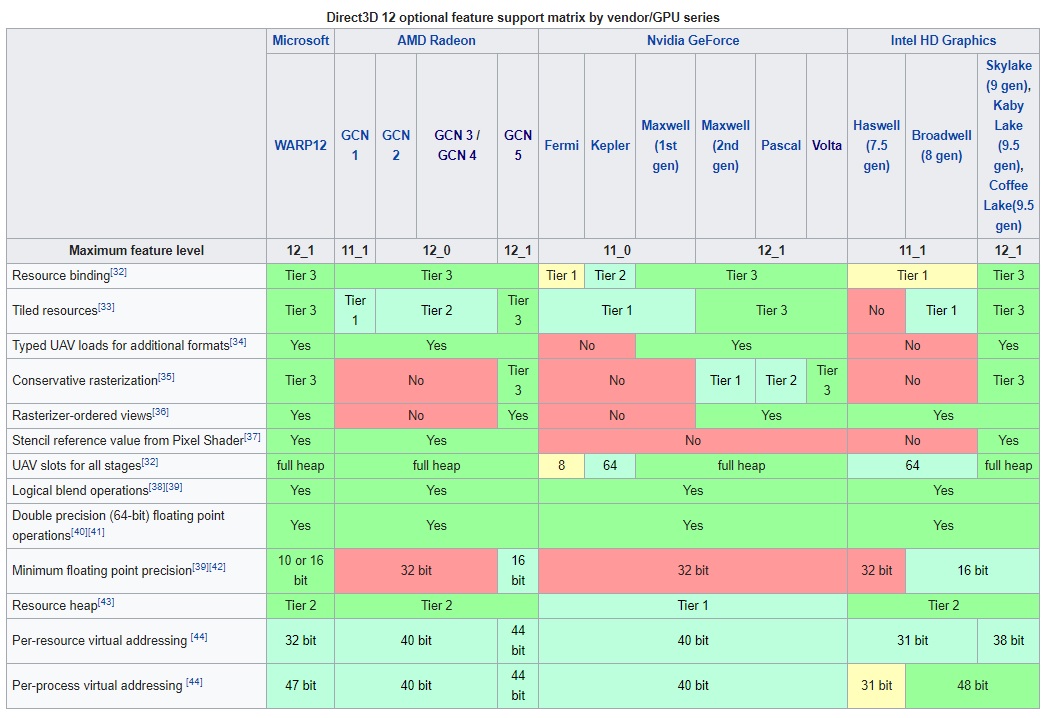 As far as modern APIs are concerned, Volta delivers some clear feature improvement over Pascal, though at this time it is unknown how much these factors will impact future releases, especially given the slow adoption of DirectX 12.

You can join the discussion on Nvidia's improved DirectX 12 support with the Titan V on the OC3D Forums.

AlienALX
Common knowledge on DX12 tbh. That is why Nvidia made Volta, because if the correct support is there Vega does very well. They played it perfectly IMO, even though I hate to admit it. AMD are all panicking making tanks years in advance and Nvidia just kept making gaming cards until it mattered.

This is why I know we will see Volta in some form at some point.Quote

looz
AMD had to focus on good Dx12/Vk support since at least that allowed them to sell GCN(Vega included) as a future proof chip.Quote

Kaapstad
Wonder why ROTTR runs better in DX11 than it does DX12 on the Titan V.

It is fine including better DX12 support in GPUs but what if DX12 games don't really fully support it.Quote

WYP
Quote:
A lot of DirectX 12 features are optional. So if a GPU doesn't support it the feature will not be used.

This is a double-edged sword, as games under DirectX 12 are not made with all of the features in mind, as it needs to work both with and without them. Development time is not infinite, so work is mostly done on what will definitely be used. Inevitably this means that a lot of features are often ignored.Quote

NeverBackDown
Quote:
Yep pretty much. That is also why Async Compute is the most common feature. It benefits one architecture and does nothing to a different one.Quote
Reply