The downside of this deal is that it is for a reference-style GTX 1080, which means that it features a blower cooler, making it louder than its fully custom counterparts, though this design decision also means that this graphics card is compatible with reference water blocks and other reference compatible aftermarket cooler designs.

With the release of Nvidia's RTX series of Turing graphics cards, GPU pricing has been pushed to uncomfortable levels for most consumers, leaving many to look to Nvidia's older GTX 10 series or the used market to purchase their next gaming graphics card. With Nvidia's RTX 2070 Founders Edition costing £569 in the UK, it is easy to see why a £399 GTX 1080 would be an appealing option for to today's gamers. 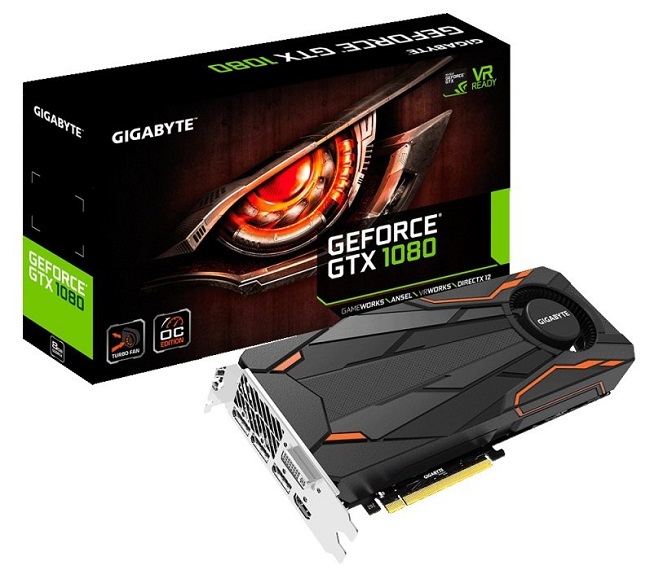 While this GTX 1080 has an appealing price tag, we ultimately find the Gigabyte GTX 1080 Turbo OC difficult to recommend, given the high noise levels and temperatures that are often associated with such graphics card designs. If you are willing to live with those shortcomings, this graphics card appears to be a great deal.

You can join the discussion on Nvidia's GTX 1080 being available for £399 in the UK on the OC3D Forums.

Warchild
I would buy a blower. They are better for SLI for one. And I always preferred exhausting heat back outside a case instead of around the interior waiting for chassis fans to exhaust it.Quote

jimthethesnake
so what still £90 over priced still rocking on 2 asus maritx 980 tis can play all new games at 144 mhz screen so why would speend £6.000 to upgrade for 20 fps lol has the world gone NUTSSSSSSSSSSSSQuote

AlienALX
1080 is fine on a blower. 1080Ti I would want better cooling.Quote