Nvidia's upcoming Pascal architecture offers some amazing specifications, which are no doubt a lot higher than what many in the industry had originally expected.

Pascal will not just be offering greater performance per watt than Maxwell, with one of the most noteworthy changes made with this new generation of GPUs being support for next generation display technology with DisplayPort 1.3 and HDMI 2.0b, offering HDR support and allowing Pascal GPUs to support 1080p and 1440p displays at 240Hz, ultra-wide 1440p displays at 190Hz and 4K displays at up to 120Hz.

This support allows monitor manufacturers to create and sell faster displays than what currently exists today, which will be a great thing for competitive gamers who wish to have the fastest response times and lowest latency. 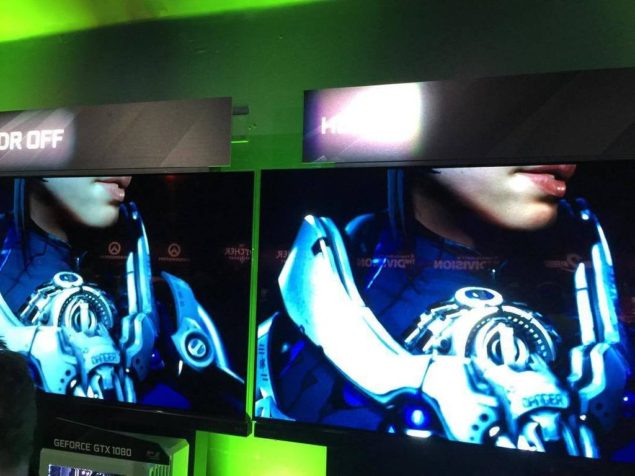 Right now Nvidia even stated that their GTX 1080 and 1070 are also DisplayPort 1.4 ready, which is a new DisplayPort standard that was only created back in March, allowing resolutions of up to 4K 120Hz with HDR and double the bandwidth of DisplayPort 1.3.

DisplayPort 1.4 is not a massive change from DisplayPort 1.3, adding VESA Display Stream Compression (DSC), which is a compression method that VESA claim is virtually lossless and allows resolutions of up to 8K 60Hz with a single cable.

You can join the discussion on Nvidia's GTX 1080 and 1070 supporting HDR and refresh rates of up to 240Hz on the OC3D Forums.

Dicehunter
Is there any confirmed info about the regular and founders editions yet ?

I have money burning a hole in my pocket

WYP
Quote:
no info on pre-orders yet.

If it is burning you pockets I will gladly take some off your hands.Quote

NeverBackDown
Quote:
So much for not upgrading... hahaha we all knew you would end up doing it