Are you having any G-Sync related issues?

Some of Nvidia's users have been having problems with their G-Sync monitors, with Windows 10's April 2018 update causing "Windowed G-Sync mode" to stutter, eliminating one of the primary benefits of G-Sync technology.

Thankfully Nvidia has been working on the issue, today releasing their Geforce 398.86 Hotfix driver, which contains all of the benefits of the company's recently released Geforce 398.82 WHQL driver alongside a fix for Windows 10's "Windowed G-Sync" issues.

This driver is exclusive to Windows 10 users because the Hotfix is designed to mitigate a Windows 10-only bug. Windows 7, 8 and 8.1 users should continue using Nvidia's Geforce 382.82 WHQL driver. 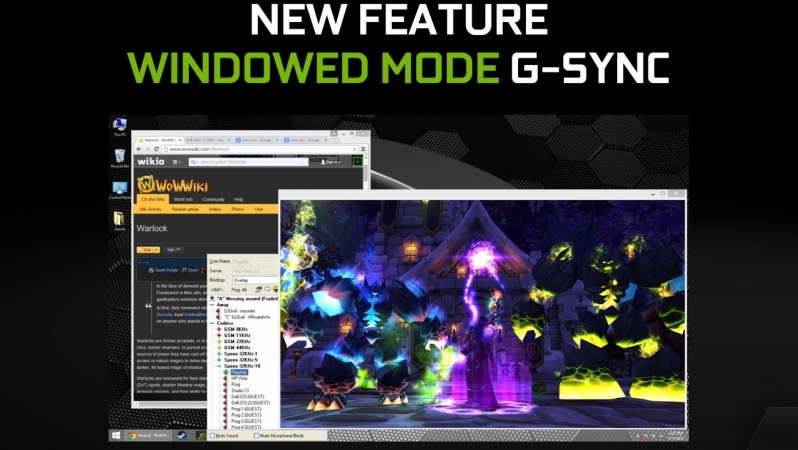 This is GeForce Hot Fix driver version 398.86 that addresses the following:

You can join the discussion on Nvidia's Geforce 398.86 Hotfix driver on the OC3D Forums.

Special thanks to Dicehunter for the information

NeverBackDown
Have not noticed any stuttering but I will finally update my driver just in case.Have not updated since March

Dicehunter
I noticed stuttering now and then in windowed mode, All gone now though

hmmblah
I'm hoping this actually works. I'm so sick of the stuttering.Quote

Wraith
I'm still running 398.36, I don't think I've ever downloaded latest on release just in case there happens to be issues. Normally wait a week or 2 before updating these days.Quote

hmmblah
I never update video drivers unless I'm having issues. Updating has caused too many problems with [email protected] I play games windowed usually so I can use my top screen. I haven't gamed much just because of the stuttering. nVidia had said on their forums that a fix would be in the next driver release which would have been the .82 release. Waited over a month for that driver and that didn't fix the issue. Crossing my fingers that this hotfix driver fixes it.Quote
Reply