A larger than normal Founders Edition

Today, we have gotten our first look at a bare Nvidia RTX 3090 PCB, confirming that Nvidia's new RTX 30 series graphics cards will feature a new and unorthodox design.

Here, we can see the scale of Nvidia's RTX 3090 Founders Edition, as it is clearly taller than a standard PCIe slot in height, and features a cooler design which extends beyond the length of the PCB. We can see that the RTX 3090 will feature a large die size, and support up to 12 GDDR6X memory modules and that the PCB supports dual-sided memory.

At the base of the graphics card sits a PCIe 4.0 x16 slot, and at the top, we can see Nvidia's new NVLINK/SLI connectors. These SLI protrusions will be exclusive to Nvidia's RTX 3090 graphics cards, making multi-GPU support a feature that's exclusive to the ultra-high-end market.

Nvidia plans to reveal its RTX 30 series later today as part of a "Geforce Special Event" live stream. This stream can be viewed here at 5 PM BST. 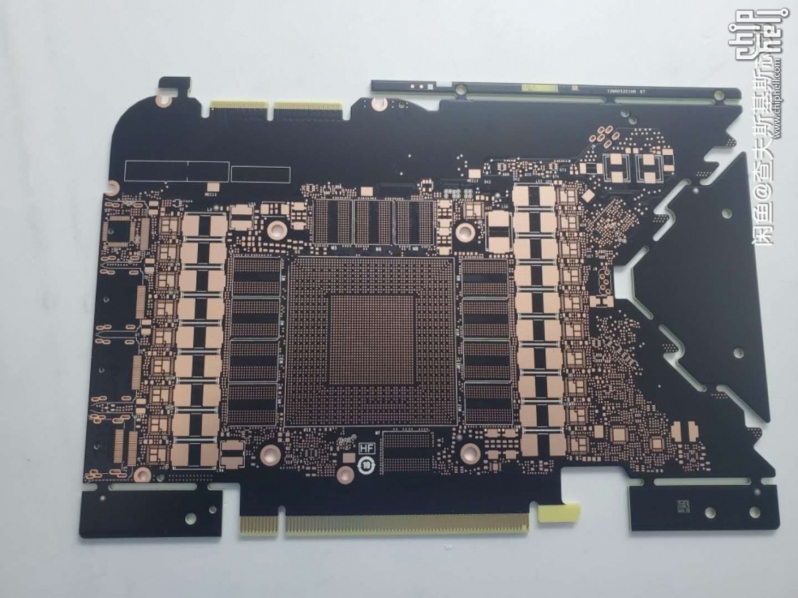 Below are the leaked specifications of Nvidia's RTX 3090 and RTX 3080, both of which are due to be announced today. Note that there is more to a GPU architecture than clock speeds and CUDA core counts. Architecture matters, and you can be sure that Nvidia has more to offer than a simple boost in CUDA core counts. 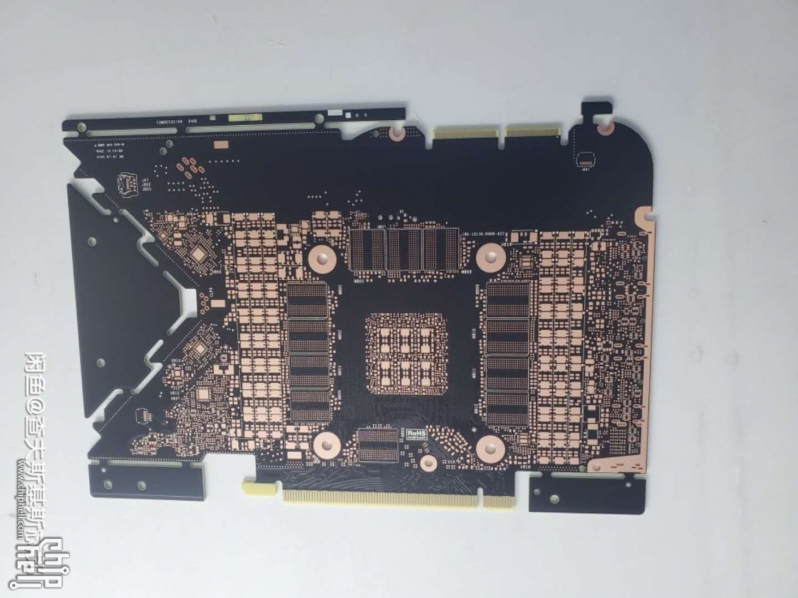 You can join the discussion on Nvidia's RTX 3090 Founders Edition PCB on the OC3D Forums.

Warchild
Makes sense when you saw the Gainward GPU cooler. We could see the GPU power sockets midway on the card and the third fan just blowing on the cooling fins with no PCB behind it.

Kinda confirms what I thought, that these cards are not as big as people were expecting. However, perhaps they are taking a new direction making cards shorter but thicker. Maybe to increase sales towards ITX users and the like.

I guess these will look really small with a waterblock. And perhaps water cooling will be very interesting when the VRAM is so close to the GPU die.Quote

Avet
90% of the people do not need ATX boards. ITX is on pair with big brothers in performance. ITX is getting more popular in recent times.


Also, waterblocks have so efficiwnt transfer of heat that they won't care much about tightly packed components.Quote

AlienALX
Quote:
GPU blocks will likely be padded out dude. And then a back plate fitted to make it look bigger. There may well be some smaller ones IDK.

It is very tall. Indeed, easily as tall as any card I've seen.

Edit. By padded out I mean made longer on the plastic parts to make it look bigger.Quote

Warchild
Quote:
Not all of them do that. EK for example gave two variants. Standard and Full. Full having the excess unnecessary acrylic. But there is no point padding out something that isnt there. If the PCB stops short. No point extending a block further. Its acceptable had there been a long empty PCB as you have something to attach to.Quote
Reply