Reports of a new Nvidia graphics card have started circulating, a late addition to the company's RTX series graphics lineup which has the potential to spice things up in the high-end graphics market.

This new graphics card is reportedly called the RTX 2070 Ti, a new GPU which allegedly sits between Nvidia's existing RTX 2070 and RTX 2080 models, taking on the same niche as the GTX 1070 Ti when it launched in late 2017. This rumour was started by WCCFTECH, originating from benchmark listings from UserBenchmark, which references an Nvidia graphics card with performance levels which sit between the RTX 2070 and RTX 2080. 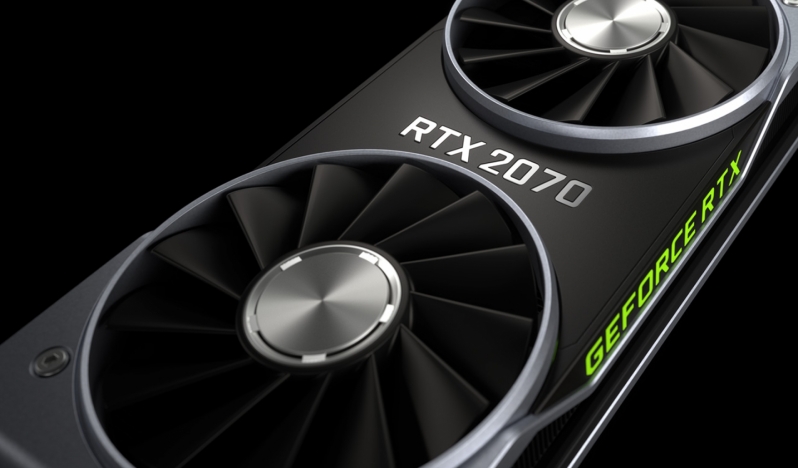 We don't see Nvidia releasing an RTX 2070 Ti anytime soon, and if they do, it will likely feature 8GB of VRAM and be released in response to AMD's Navi series of graphics cards. Even then that assumes that AMD's Radeon Navi graphics cards exploit the performance gap between the RTX 2070 and RTX 2080, which is by no means guaranteed.

You can join the discussion on Nvidia's rumoured RTX 2070 Ti graphics card on the OC3D Forums.