Gigabyte's upcoming RTX 2060 (not GTX 2060) graphics card has been pictured, releasing alongside an incomplete list of specifications for the graphics card, revealing a 6GB frame buffer and a CUDA core count of 1920.

These images come courtesy of Videocardz, revealing a graphics card which lacks support for NVLink/SLI and uses a single PCIe 8-pin connector for power.

Some of the leaked specifications of this graphics card are likely to be false, with the GPU's listed maximum frequency of 1.2GHz seeming highly improbable, given the higher clock speeds of the previous generation XX60-series graphics cards. In the table below we have listed that the RTX 2060 uses the same 14Gbps memory as the RTX 2070, though it is possible that Nvidia has opted to utilise slower 12Gbps GDDR6 memory.

It is worth noting that these leaked RTX 2060 specifications indicate that the graphics card has the same CUDA core count as a GTX 1070, though the addition of Turing improved SM cores will likely give the RTX 2060 a performance advantage, assuming that clock speeds are similar. Beyond that Nvidia's RTX 2060 graphics cards are expected to contain both Tensor cores and RT cores to enhance the GPU's performance in other areas. 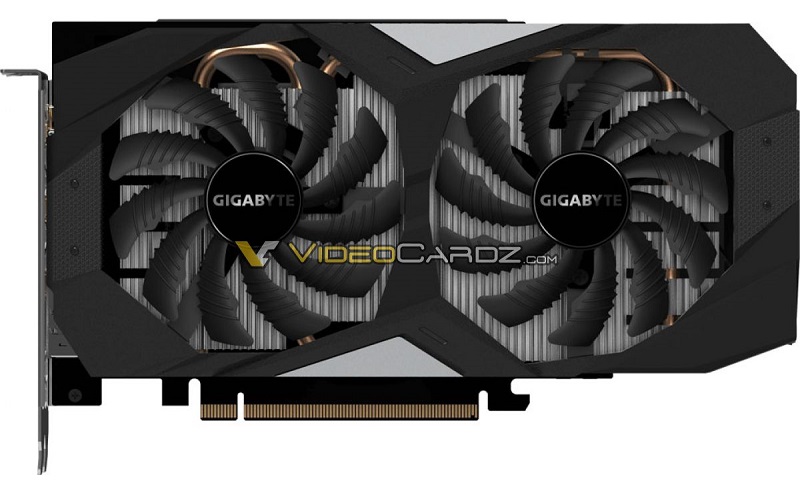 Nvidia's RTX 2060 graphics card is expected to release in early 2019 for both desktop and mobile systems.

looz
6GB? I hope Videocardz is wrong. Wouldn't be the first time.

It would be silly for Nvidia to go from an RTX 2080 to an RTX 2060 with the same memory configuration and bandwidth. The RTX 2060 will likely be seen as a decent 1440p card at launch.Quote

looz
Not terribly many, but it also impacts memory bandwidth. Though with GDDR6 that probably won't matter much.Quote

Even if it was downgraded to 12Gbps memory it would still have more bandwidth than the GTX 1070/1070 Ti. On top of that Turing has some optimisations that allows Nvidia to get more effective bandwidth from their graphics cards. Bandwidth isn't much of an issue for Turing with GDDR6.Quote