In the changelog for some of Nvidia's latest Linux drivers, the company has unveiled their upcoming GTX 1050 Ti Max-Q GPU, a version of their existing GTX 1050 Ti mobile graphics card that is designed for thin and lite Nvidia Gaming notebooks. 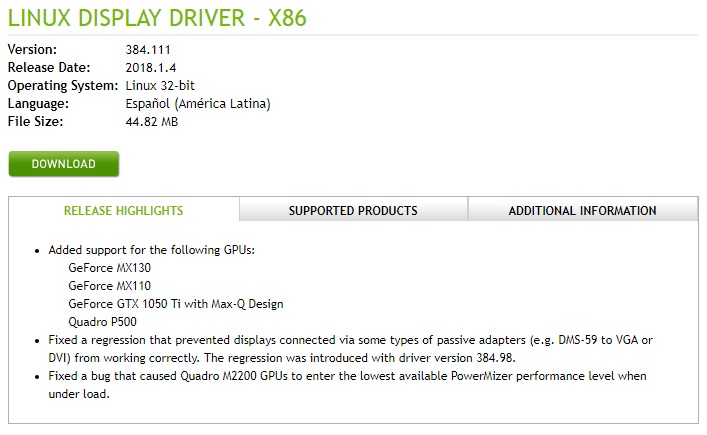 It is clear that Nvidia want's to see their graphics products in more thin and lite notebooks and other devices, though it is likely that Intel's Kaby Lake-G series will steal a lot of this thunder in the low-end of the market.

Intel's design takes up less space by using HBM2 memory while also combining both a CPU and a dedicated GPU onto a single package. These design changes will make Intel's chip more attractive in this section of the market, provided Intel offers competitive pricing.

You can join the discussion on Nvidia's upcoming GTX 1050 Ti Max-Q mobile GPU on the OC3D Forums.

WYP
Quote:
Sad thing is that Nvidia doesn't have much of a reason to make new cards. Only thing Nvidia fears ATM is Intel taking back some of the mobile GPU market with Kaby Lake G (with AMD Radeon Vega graphics).Quote

Giggyolly
What makes me laugh is how nvidia had that event where they declared that they would no longer be making mobile graphics, as the 10 series was efficient enough to put in laptops... Then a few months later they announce Max-q , just a new version of their m graphicsQuote

WYP
Quote:
Pretty much. Nvidia is pretty much just finding a way to release a new product without releasing an 11-series of GPUs. Reviving the old M-series of mobile chips under a new name.

A good way for Nvidia to be seen as "pushing the envelope" when it comes to the form factors of gaming notebooks while effectively backtracking on their while no-M series mobile graphics thing.Quote
Reply