Looking for a new game to test your next graphics card? Good news, because Nvidia has just announced their new "RTX Triple Threat" bundle for their high-end GPU, offering PC gamers up to three new AAA titles when they purchase an RTX series graphics card.

Starting today, new purchases of Nvidia RTX series graphics card (at participating retailers) will receive 1-3 free games, with Battlefield V, Anthem and Metro Exodus currently being on offer. All of these games will make use of Nvidia's RTX features, with both Battlefield V and Metro Exodus featuring support for Ray tracing and DLSS while Anthem is set to receive support for DLSS in an upcoming patch.

Purchasers of Nvidia's RTX 2060 or RTX 2070 will receive a free copy of one of these three games, while purchasers of Nvidia's higher-end RTX 2080 and RTX 2080 Ti will receive free copies of all three games. This bundle will be available for all RTX graphics card purchases until April 4th, 2019, or while Nvidia's stock of game codes last. All game codes must be redeemed before May 2nd.

NVIDIA GeForce RTX brings you the most immersive gaming experience whether you’re knee-deep in the trenches of Battlefield™ V, soaring through alien skies in Anthem, or surviving the harsh world of Metro Exodus. 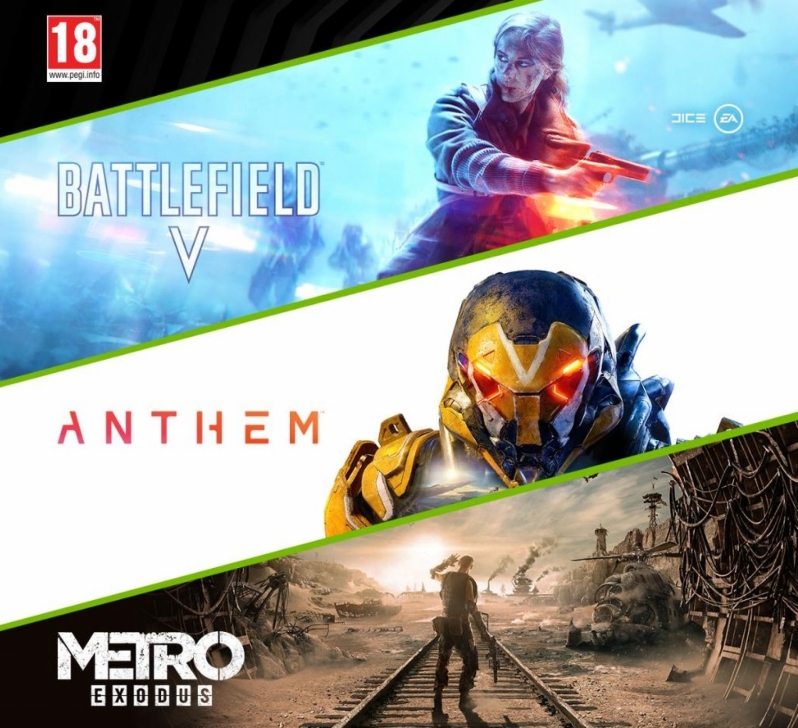 You can join the discussion on Nvidia's RTX Triple Threat Bundle on the OC3D Forums.

tolagarf
If you have to pay for something to get some free... It's not really free, is it?!

Peace Đ
Quote:
Since you're not paying anything extra for those, they are really free :PQuote
Reply