Nvidia's pricing will surprise you

For starters, we have the RTX 3070, a $499 graphics cards while delivering performance levels which exceed that of Nvidia's RTX 2080 Ti, a graphics card which was priced at $1000. Now that's a generational upgrade.

With a price tag of $499, the RTX 3070 will change the industry when it launches this October, offering gamers incredible value for money with its full next-generation feature set. It even includes HDMI 2.1 support for 4K 120Hz action on compatible TVs. 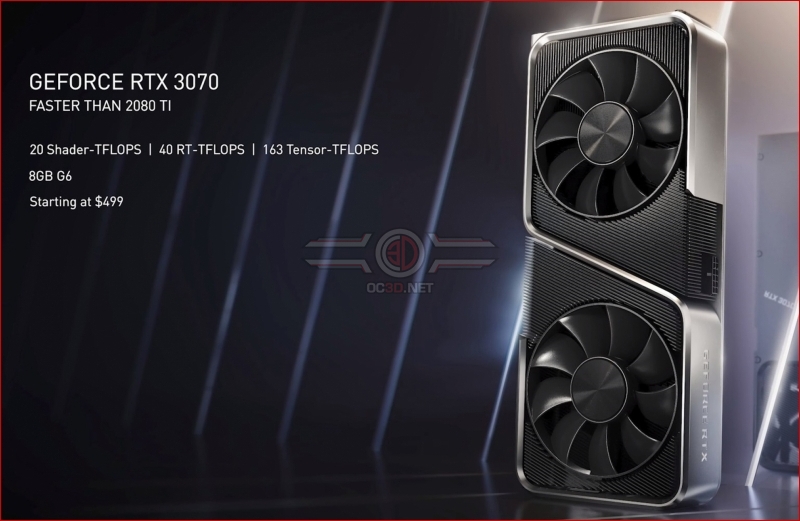 With the RTX 3080, Nvidia promises to deliver significantly higher performance levels than the company's RTX 2080 Ti for a lower price. With a price tag of $699, Nvidia plans to offer consumers a 2x performance upgrade over their RTX 2080, delivering one of the company's largest generational leaps to date.

With faster ray tracing and DLSS performance, 4K 60 FPS framerates should be a lot more achievable than before, especially in titles with DLSS support. The graphics cards will release on September 17th. 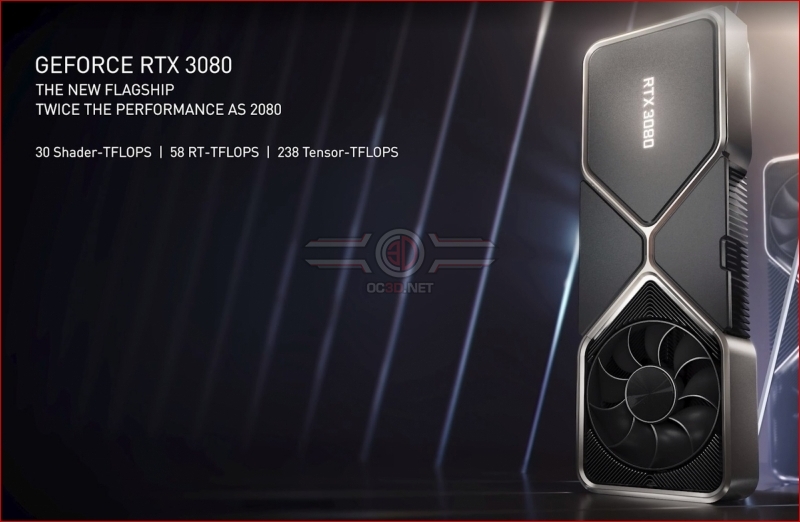 On September 24th, Nvidia will launch its RTX 3090, Nvidia's new RTX flagship, offering users a staggering 24GB of GDDR6X memory and performance levels which are enough for 8K gaming in many instances.

With the RTX 3090, Nvidia plans to offer performance levels which will more than exceed the capabilities of next-generation consoles, offering unheard-of performance levels. While this GPU will cost a lot at $1499, it is clear that this money goes somewhere. That 24GB of GDDR6X memory won't come cheap, and that larger than normal Founders Edition cooler will also cost a lot to manufacture. Add that to the flagship nature of this product and its industry-leading performance; it's clear why this product will cost as much as it does. This is a Titan-class product. 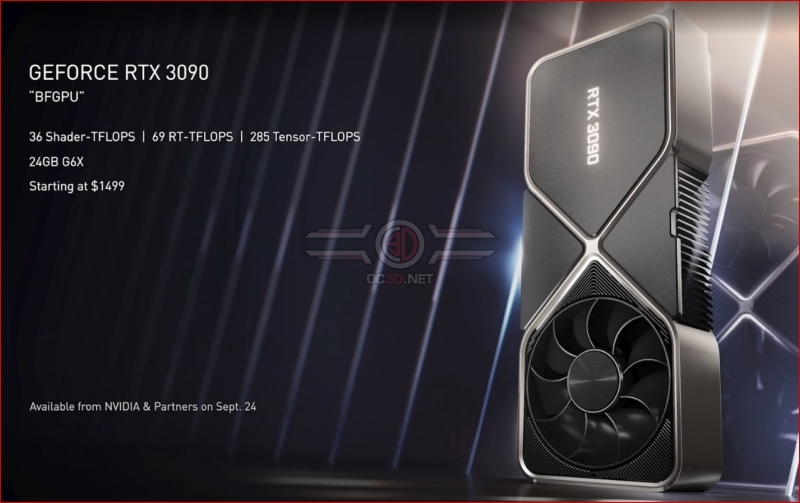 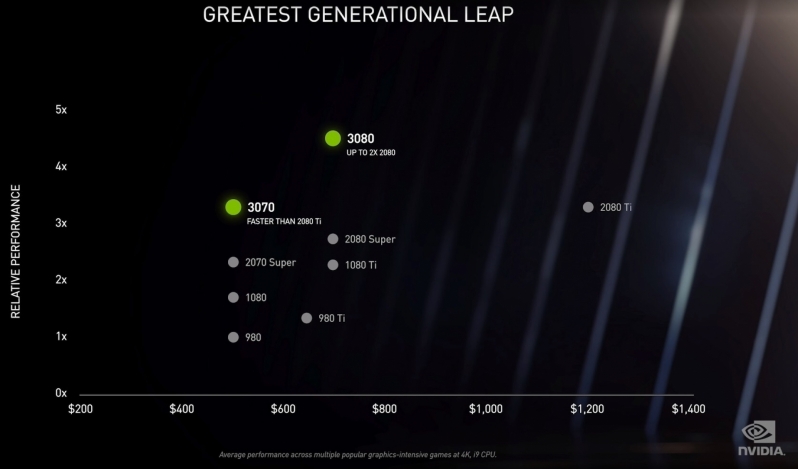 jcchg
2080 Ti performance for $499. This is really exciting. I hope AMD is up to compete with this. Time to replace my RX 480.Quote

Dark NighT
That 3070 is a great value card, holy hell nvidia made a good choice xDQuote

Dicehunter
Wow I guess I was completely wrong, A pretty huge performance upgrade over the 2080 Ti with the 3080 for significantly less, Colour me impressed, Now to wait on AMD.Quote

AlienALX
Be careful. Then again, at £460 odd I suppose there's not too much risk.


Quote:
In raw Tflops it is about 20%. So 2x the performance? BS.Quote
Reply