The Quadro RTX A6000 features four DisplayPort 1.4 outputs and is cooled using a blower-style fan, partially explaining why the graphics card features a lower power target than Nvidia's RTX 3090. By comparison, the A40 features a passive cooling design, which requires airflow from the server it's used within, and offers users three DisplayPort 1.4 connections. 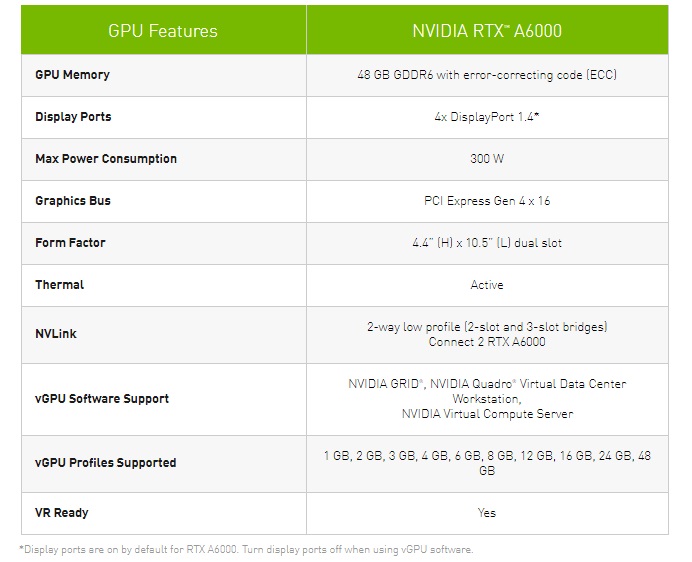 Strangely, these new graphics cards do not use traditional PCIe power connectors or Nvidia's new 12-pin power solution. Instead, Nvidia is using 4+4-pin EPS power connectors, a connection type that is typically used on CPUs, not GPUs.

You can join the discussion on Nvidia's Quadro RTX A6000 GPU and A40 vGPU on the OC3D Forums.

TheF34RChannel
Too bad they only put the power connectors at the front of the cards on their professional lineup.Quote

TheF34RChannel
Quote:
Yes! In the early green PCB days Nvidia had them at the front still