A lot of changes are coming with Ampere

With Ampere, Nvidia's using a customised version of Samsung's 8nm manufacturing process to deliver higher levels of transistor density and increased efficiency. This upgrade is how Nvidia has delivered such a vast increase in CUDA core counts, enabling a true generational leap in graphics performance.

One of the main changes with Ampere is Nvidia's new streaming multiprocessors, an innovation which has allowed Nvidia to deliver a 2x increase in FP32 throughput. This alteration makes Nvidia's Ampere architecture their most efficient yet, offering users over 30 Shader-TPFLOPS of graphics performance.

With Nvidia's second-generation RT cores, Nvidia plans to deliver a 2x increase in RT throughput. At this to Ampere's ability to offer concurrent ray tracing, shading and compute, and it is clear that Ampere will be a force to be reckoned with in future RT workloads. Nvidia's 3rd Generation Tensor cores will also ensure that Nvidia offers fast AI performance when using technologies like DLSS 2.0.

Nvidia has also confirmed that its RTX 3000 series will support HDMI 2.1, which will allow Ampere to support 4K 120FPS framerates on modern TVs. This connection will also support 8K screens when they come to market.

Nvidia has also partnered with Micron to offer the world's fastest gaming memory with GDDR6X, delivering data rates that are close to 1TB/s with their RTX 3090 graphics card.

Below are the specifications of Nvidia's RTX 30 series of products, as well as their UK prices and PSU wattage recommendations. 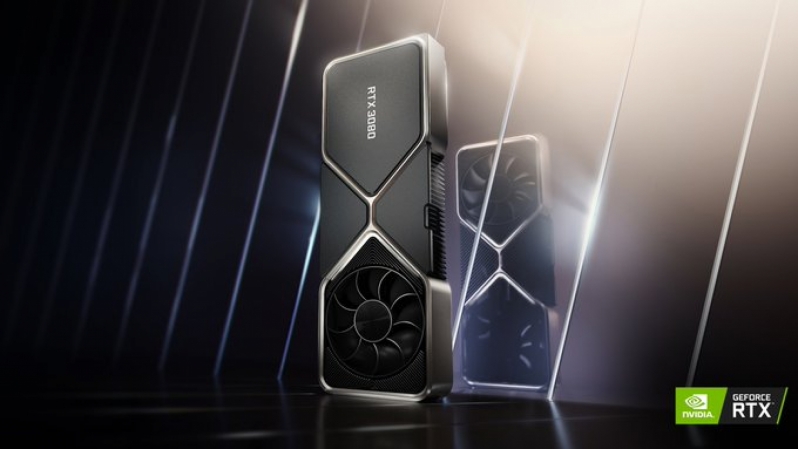 You can join the discussion on Nvidia's Ampere architecture and their RTX 30 series of graphics cards on the OC3D Forums. 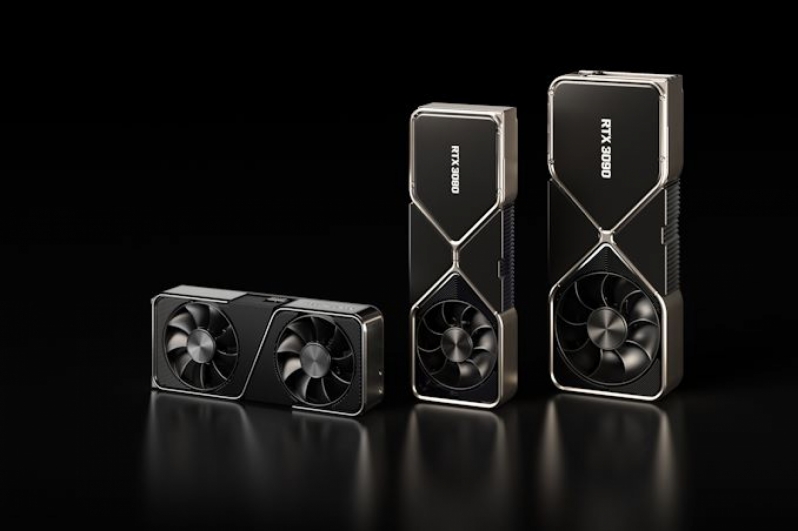 What's interesting to me is that they say the 3070 is around as fast as a 2080ti, yet it has around 36% more cores and has higher clock/memory speeds. Are Nvidia telling us IPC went down? Lol


I also feel like Nvidia love just making up xxFLOPs measurements just to confuse people. They just keep adding new ones. Just as long as people stop using TFLOP measurements and trying to compare across architectures. I don't even think there's a standard formula for calculating how Nvidia arrive at their numbers.Quote

KingNosser
The 3070 is enough for me won't be switching monitors any time soon tbh, Once AIB's put on there bling i'd still expect them to be getting to £550 but it's still far better pricing than I was expecting.

looz
I hope my F5 game is strong enough to order a 3080 on launch, seems pretty baller.


I don't think big navi will be a great contender, maybe in pure rasterisation (wasn't 2080Ti * 1.2 performance rumoured?) but with worse software and driver stack.Quote

Now, let's see what the red team do, and then I'll be buying myself a treat for Christmas!Quote
Reply