When will Nvidia launch their true GTX 1060 successor?

Rumours of an Nvidia GTX 1660 Ti have been circulating since late December, but now more evidence is emerging that such a graphics card is in the works, delivering performance levels that exceed a GTX 1060 while offering a price point that is below the recently released RTX 2060 (Full Review here).
Videocardz has claimed that two new sources have confirmed that a Turing-based GTX graphics card is in the works, releasing for a lower price tag than Nvidia's RTX offerings while lacking support for Nvidia's RTX features (DLSS and Ray Tracing).

Nvidia's GTX 1660 Ti is said to offer 1536 CUDA cores, a 256 core boost over the GTX 1060 while providing increase per SM performance thanks to Turing's independent integer and floating point execution pipelines, a factor that gives Turing a distinct advantage over Pascal in modern game renderers.

It has also been reported that the GTX 1660 Ti will also offer 6GB of GDDR6 memory, giving the graphics card a significant boost in memory performance over the GTX 1060. This boost can be anything between 50% and 75% depending on what speed of GDDR6 memory Nvidia plans to offer, with both 12Gbps and 14Gbps being viable options for the GTX 1660 Ti. 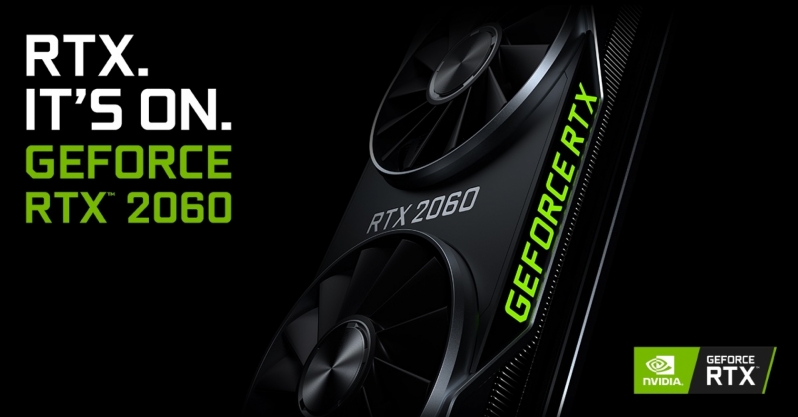 Nvidia is likely to release their next Turing-powered graphics cards once the company gets rid of its excess GTX 1060 stocks, which were oversupplied in 2018 due to the crash of the cryptocurrency market. Nvidia has previously claimed that they "expect to work down channel inventories (of the GTX 1060) over the next quarter or 2" back in November (source link).

You can join the discussion on Nvidia's rumoured GTX 1660 Ti graphics card on the OC3D Forums.

NeverBackDown
If it's $250 roughly with 1070 level performance that'd be pretty impressive.Quote

JeffDee
Quote:
I don't think it's that impressive, and I would be VERY surprised if the price tag of the rumoured 1160ti is 250$ UNLESS AMD has Navi on the table.

Naming it a "Ti" would let them market it as premium over a regular card, and I'd be surprised if this card was priced under 300$.

Which also would put a regular non-ti 1160 in a very terrible place price/performance wise. A regular 1160 would be just slightly better than previous 1060? for about the same price? Very cool Nvidia, nice technological progress!

DLSS is the real game changer, not RayTracing...Quote

Piskeante
this is a good movement IF the price is on the spot.

i actually own an MSI RX 580 gaming X 8gb and almost all games run at ultra detail (heavily oced, btw 1490mhz core 2250 mem) at almost 60fps (not always to be honest, but i will definetely want to see better image quality than 60fps. i'm perfectly fine with 50.

i don't think that this card has a lot of future. it's diffficult to recomend buying this card if you have a GTX 1060 6gb or an RX 580 8gb. The increase in performance would not make it a bargain IMO.

The bang for the buck right now, is , without a single doubt, the RTX 2060. Custom cards can get (heavily oced tbh) to the performance of a 2070 stock. That's the deal.Quote

tgrech
I personally seriously doubt this card is coming, I think more cuts/VRAM configs of the RTX2060 could easily fill in the space in the market immediately below the $350 mark, Turing hasn't really improved over Pascal's price/perf and besides a select few games can't really improve on it much at all while still on the same node with a wider arch so I don't see a reason for them to go much beyond Pascal rebrands for the bottom of their stack, otherwise it'll be essentially a GTX1060 but with more expensive memory, a probably more expensive die(Especially if it's unique to filling in this gap), and barely any performance/feature change.Quote
Reply