Rumour has it that Nvidia has now stopped producing their RTX 3080 12GB graphics card, and that they are no longer sending RTX 3080 12GB silicon to their AIB partners (ASUS, MSI, Gigabyte, EVGA, etc), as dramatic GPU price reductions have given the GPU little purpose. 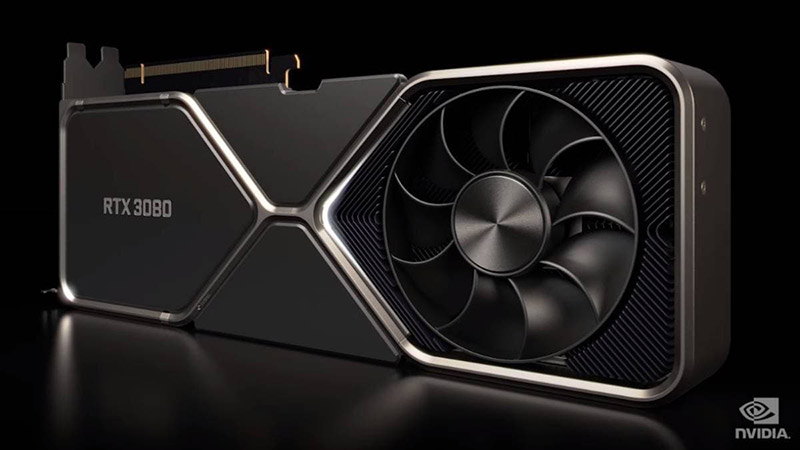 The past few months have seen GPU prices plummet, so much so that many GPUs are now available for sub-MSRP prices at retailers, a first for most current-generation products.

With demand from cryptocurrency miners being removed from the market, and the upcoming launch of RTX 40 series and RX 7000 series graphics cards from Nvidia and AMD, a lot of current-generation graphics cards have been left on store shelves. Supply and demand is once again out of balance, but this time the balance has moved to favour buyers, not sellers.

You can join the discussion on Nvidia reportedly ending RTX 3080 12GB production on the OC3D Forums.

It was far too expensive and too close in price to the Ti.Quote

meuvoy
Quote:
That's still sad tho, I bought a 3060 because of the 12GB of VRAM, for 3D rendering it really comes in handy, VRAY usually takes up 9-10GB and I've been needing to be careful not to exceed the 12GB Frame buffer when working with UE5.

I don't think Ill take any 40 series GPU but I was thinking I might go for an used 3080 12GB later. Hope I can still find one used in a few months, not for work since the 3060 is sufficient, but for gaming.

I've noticed Cyberpunk 2077 in 4k with DLSS will use over 10GB of my 3060s VRAM, I fully expect games to just use even more than that going forward and I don't see how buying a more powerful GPU for 4k gaming with less than 12GB of VRAM would be worth it, even if it was cheap it doesn't make sense to have a more capable GPU that's held down by it's VRAM capacity.Quote

AlienALX
Quote:
They only did it when every one who said 10gb was enough realised that it actually wasn't. Problem was as I say, cost too much. For £50 more you could get a Ti which made about as much sense (IE hardly any really).

The 3070 for example runs into big problems at very high to ultra detail at 1440p. The 3080? has the same issue but at 4k. In both cases? had they given them each another 2gb in the first bloody place? they would be amazing cards.

So the 12gb 3080 was definitely a good idea, but was the card they should have released the first time around. No one likes being proven wrong (IE those who said 10gb was enough for 4k ultra) and trying to sting them up another £200-£300? man even Nvidia couldn't get away with that.

Looks like Nvidia are going first again, so you can expect more of the same. You will only get enough of everything if you get rail roaded into buying their most expensive card. Which is what they want.Quote

meuvoy
Quote:
Yeah, NVIDIA cards have historically been really bad in the VRAM capacity game the 3060 was a surprise and given my usecase I knew I had to go for it instead of a 3070 as I had planned to do before seeing the prices they actually launched for...

As I said, I really hope I can find a 3080 12GB used, to buy in the next months but we'll see, and honestly I don't think the 40 series will have this issue with the amount of VRAM we have leaked, it's pretty much what the 30 series should have been and I don't see games exceeding that before 2025 at least, and around 2025 we should start seeing DirectStorage implementations, at least in the newest AAA games, that should grant those cards indefinite VRAM capacity lifespan, IE they'll proabbly fail elsewhere before VRAM becomes a problem once we can directly stream textures and geometry from SSD.

I remember developers complaining about the RAM capacity on the Xbox Series S console and now they are just learning how to use the hardware and actually making games run as they should in that console given it's power, that comes down to using DirectStorage that the xbox Series consoles always had. The recent CAPCOM remasters looks great in the Series S, as opposed to games being ported from the Xbox ONE era hardware but really running as they ran in the ONE instead of running at the ONE X quality that the Series S is totally capable of.Quote
Reply