Nvidia has officially revealed their Titan RTX graphics card, which will ship with a price tag of £2,399 in the UK ($2,499 US) and more CUDA cores, higher clock speeds, increased memory bandwidth and over double the VRAM capacity of a Geforce RTX 2080 Ti.

The graphics card itself ships with a golden colouration that is similar to Nvidia's Titan V and a heatsink design that appears to be identical to the RTX 2080 Ti Founders Edition. In total, this graphics processor offers 72 RT cores and 576 Tensor cores. 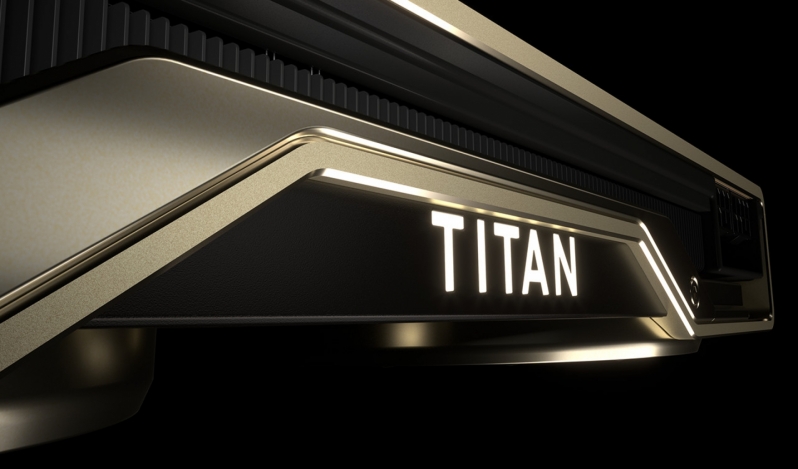 With a price tag of £2,399, it is easy to say that this graphics card is well beyond the price range of most gamers, with two Geforce RTX 2080 Ti Founders Edition graphics cards costing £2,198. The Titan RTX is expected to offer around 10% more performance than an RTX 2080 Ti, making its pricing insane for gamers. That being said is pseudo-workstation qualities and extra VRAM may make the Titan RTX worthwhile for select use cases.

You can join the discussion on Nvidia's Titan RTX graphics card on the OC3D Forums.

demonking
and we thought they were already taking the lol

Darkdayzzz
Because we totally have games that are pushing 24gb of VRAM..... not. We are barely capping out 8gb-9gb in almost everything available today that pushes the boundary of gaming graphics.

Sigh....this is just overkill in all forms of the word; and yet, sadly, someone will buy this to "future" proof and be let down 6 months to a year from now when the next card comes out.

Even in a work environment I can't see this being necessary even as a game dev working to make an RTX enabled game... I can see the use of the 2080ti or two of those, but not this thing.

WillSK
I mean ffs... I just bought a 2080 and that was pushing it for me. This is just mad. This surely can't be a good thing for gamers?Quote

Chopper3
I don't understand this product at all, the Quadro RTX 6000 is about £6k but at least that's go full Quadro driver support and is tuned for workstation rendering. This Titan V is basically the same HW as a Q6000 but for a lot less money - which is good - but it doesn't have all of the Quadro 'goodness'.Quote
Reply