At the start of this year, Nvidia dropped support for 32-bit operating systems, transitioning their latest Geforce drivers exclusively to 64-bit system architectures.

Alongside this change, Nvidia has now confirmed that they are dropping "Game Ready" driver support for Fermi, the GPU architecture which was used primarily for the company's GTX 400 and 500 series of graphics cards. This change means that Nvidia has no plans to release any performance enhancing drivers, feature upgrades or bug fixes for this GPU architecture in the future, aside from critical security updates.

Moving forward, Nvidia only plans to release new driver updates for Kepler, Maxwell and Pascal series GPUs, at least until Nvidia releases their next generation of graphics hardware. 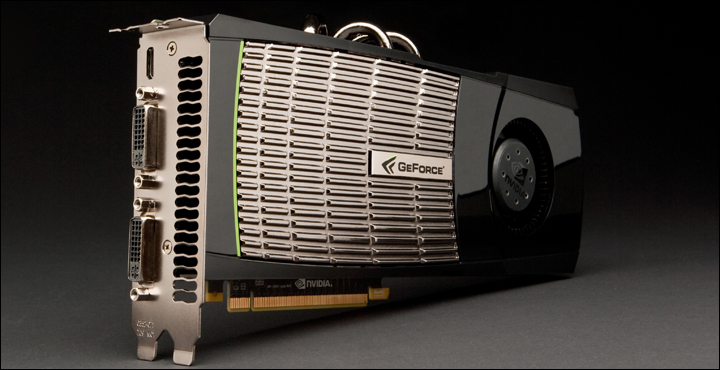 The loss of legacy support will allow Nvidia to dedicated more resources to address issues with their more modern hardware and optimise their driver stack further without any fear of degrading the performance of legacy hardware. Nvidia's GTX 400 series of Fermi GPUs released in 2010, making the architecture eight years old, making the hardware long overdue for a replacement.

A list of affected Fermi GPUs is available to view here.

You can join the discussion on Nvidia's Fermi GPU architecture moving to legacy status on the OC3D Forums.

fadingfool
Only 4 years ago the Nvidia 820M was released. This is a Fermi chip. Tough luck on anyone running those laptops.Quote

AlienALX
Quote:
Hardly. It's not like they will be playing modern games on such a chip any way. Plus this doesn't mean there are no drivers, just that there are no updated drivers.Quote

fadingfool
Quote:
It's more the bug fixes and firmware updates that are more of a problem - if a security flaw was found in your GPU you would want it fixed especially in a four year old machine (heck I'm still annoyed Intel won't be releasing micro code fixes for my core 2 quad I'm still using) . The re-badging of fermi up until only 2 gens ago and then dropping it is the real problem.Quote

AlienALX
Quote:
I highly doubt that many people are still using those laptops, nor worrying about game performance. You can't expect them to support technology from the past forever. Was the same when people were complaining about XP losing support, and then 7 losing support. This is technology and it moves quite fast so you either keep up with it or don't bother.Quote
Reply