Nvidia plans to release their Q4 2019 Fiscal year financials on February 14th, but today Nvidia delivered a surprising change to their guidance by lowering their expected revenue by $500 million.

Back in November, Nvidia forecast that they would earn $2.7 billion in Q4 of their 2019 fiscal year, but now this forecast has dropped to $2.2 billion, with Nvidia citing "weaker than forecasted sales of its Gaming and Datacenter platforms".

In Jensen Huang's letter to shareholders, Nvidia's CEO stated that "the global economy decelerated sharply" in Q4, stating that this change has a big impact on their Chinese sales. Jensen Huang also stated that "initial shipments of new high-end RTX GPUs (were) selling above MSRP", a factor which caused some customers to delay their purchase as they wait for lower prices or "further demonstrations of RTX technology in actual games".

Nvidia CEO has stated that "macroeconomic factors are beyond our control", but the company remains confident in their market strategies and their growth drivers.

In response to this announcement, Nvidia's share price has already dropped by 13.5%, something that isn't unexpected given the company's sudden decrease in expected revenue. Nvidia's full Q4 earnings report will be released on February 14th 2019. 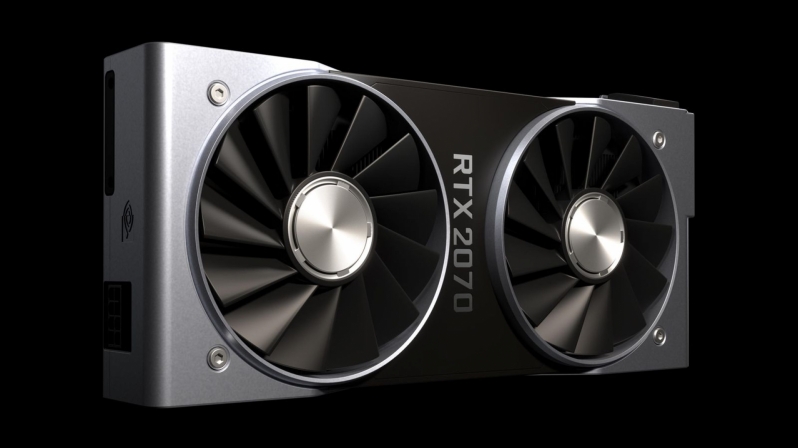 You can join the discussion on Nvidia's lower than expected Q4 2019 revenue on the OC3D Forums.

AlienALX
He stepped over the line. It's really as simple as that. Just like Apple he pushed the prices up to push the market, and found the limit.

The used market is absolutely buzzing right now with cheap cards. Why would you spend £1500 to play Battlefield 5?. Like, I could imagine them maybe pulling that off if it were an exciting new game but a sequel? £1500? no chance.

That coupled with all of the DLSS hold ups and only really Metro coming? yeah, not a good time to buy a RTX. I agree with what other places have been saying in general about the 2060. It should be £50 cheaper.Quote

g0ggles1994
They screwed the pooch and now paying the price. Just not paying enough in my view.Quote

I have no problem paying 500, 600 or even 700 for a top end GPU like the 1080 Ti, Even 999 if it's something as unique as the Star Wars Empire Titan Xp full fat card, But £1200 for a cut down card with features that aren't usable outside of 1 benchmark and 1 game with sub par gen to gen performance improvements ? Nope.

We need to go back to having 600-700 be the upper most limit for a non Titan card on the Nvidia side.Quote

tgrech
To be fair this is in-line with the adjusted forecasts we've also seen from Intel, Apple, TSMC, and so on in response to the same macroeconomic factors, essentially we're well past the lewis turning point in China and now they're anticipating it gonna's start biting pretty soon, even on the back of strong Q4's for many of the companies. I wouldn't expect any price or product changes as a result of this or anything like that, if you look at the Q&A portion of pretty much every tech companies financial earning announcements in the past week or two they've all been dominated by questions from investors about macroeconomic forces at play with the industry following the variety of hard hitting recent developments in world politics & economics, very few see this as a problem with the product lines, especially given the largest impacts on their stock in recent months were from fears they'd have to write off a load of low end inventory if they replaced it too quickly.Quote
Reply