Better still, Nvidia's promising to offer its customer better value, promising GTX 1650-powered notebooks for as little as $699, a price point which was previously occupied by GTX 1050 graphics cards. Nvidia's new RTX 2070 Super and 2080 Super GPUs will also ship with similar prices to their non-super counterparts, while Nvidia's RTX 2060 will become available within $999 notebook designs.

Strangely, Nvidia has opted to forgo releasing an RTX 2060 Super series graphics card. Instead, Nvidia has decided to leave its RTX 2070 non-Super graphics card within its revamped lineup. This is likely to avoid confusion amongst consumers by overloading them with new SKUs, though it is also likely that an RTX 2060 Super and RTX 2070 would deliver identical performance levels within power-constrained notebook environments.

Regardless, Nvidia's RTX Super series promises to help deliver better performance and increased value across Nvidia's entire notebook range, which is great news for consumers. Nvidia has also released new Max-Q technologies, though we will detail these in a subsequent article. 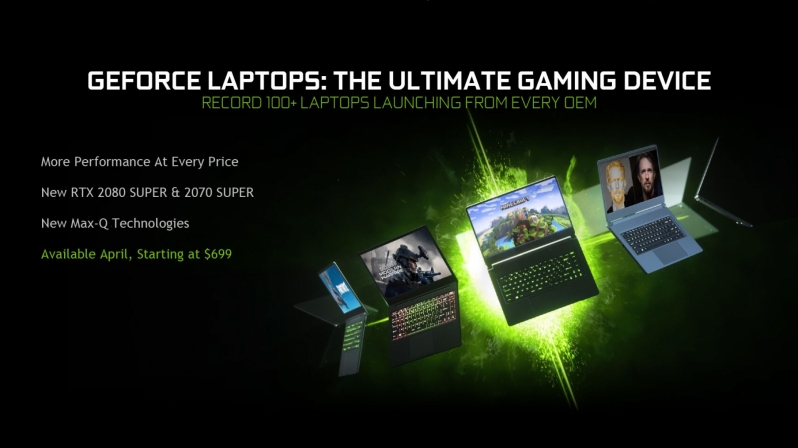 When compared to their desktop counterparts, Nvidia's RTX 20 Super series graphics cards offer users the same core configurations as their desktop-grade counterparts. That said, the power constraints of notebook environments will cause clock speeds to decrease.

Looking at the RTX 2080 Super, we can also see that Nvidia has decided to drop the 15.5Gbps memory of the GPU's desktop-grade model in favour of slower 14Gbps GDDR6 memory. This change will likely save power and help Nvidia offer increased performance/watt given the power constraints of mobile systems. 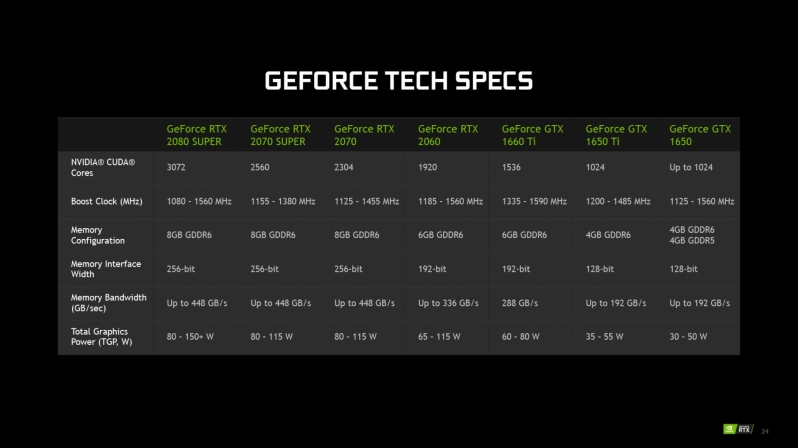 While Nvidia's RTX Super series of mobile graphics cards will all be high-end products, they effectively bump down Nvidia's existing models to deliver better pricing for consumers.

Now, Nvidia's RTX 2060 will be available in $999 systems, and Nvidia's Pascal-based GTX 1050 will be replaced with Nvidia's GTX 1650 in new notebook models. This will help deliver consumers more value with mid-range and high-end notebook purchases. 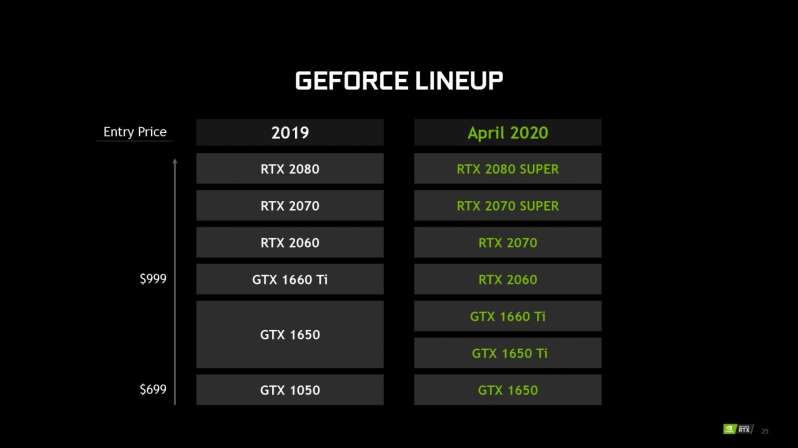 Nvidia has also confirmed that over 25 notebook designs are in the works with 300Hz G-Sync compatible screens, offering users lighting fast response times and ultra-smooth framerates. That said, 300FPS framerates won't be possible in most titles, and I'd imagine that a lot of customers would prefer 144Hz IPS screens as an alternative. 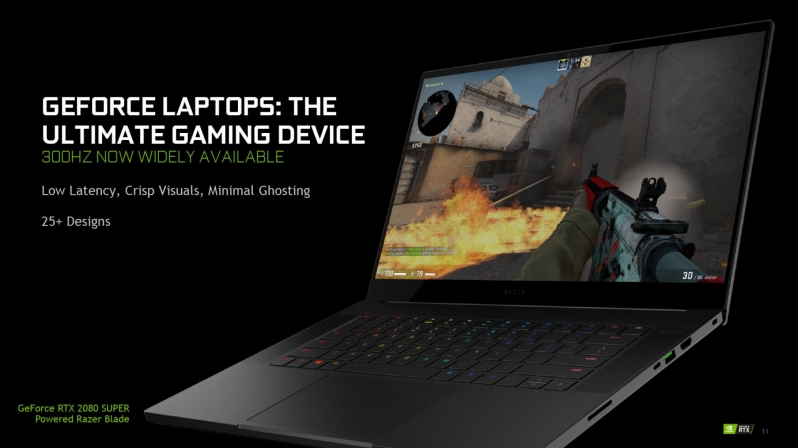 You can join the discussion on Nvidia's new RTX Super series of graphics cards on the OC3D Forums.