It looks like Nvidia has downgraded its RTX 3050 for OEMs

It has now come to light that Nvidia has two RTX 3050 GPU models, one of which delivers more performance than the other. First, we have the standard RTX 3050 retail model, which features 2560 CUDA cores, and the lower-end RTX 3050 model that features 2304 CUDA cores and slightly lower clock speeds.

The clear problem here is that Nvidia has effectively named two desktop graphics cards the RTX 3050, offering users different performance levels and specifications. While the higher performing model is the variant that is available at retailers, there are lower-end RTX 3050 models out there that don't meet the same performance standards.

Right now, it looks like Nvidia's 2304 CUDA core RTX 3050 model appears to be an OEM exclusive product, only appearing in pre-built desktop systems. That said, customers buying a system with an RTX 3050 should expect RTX 3050 performance, they shouldn't expect a downgraded model that was revealed very recently.

Once again, Nvidia is falling into the trap of giving two different graphics cards of the same name, confusing customers in the process. We have seen this before with the GTX 1060 3GB and GTX 1060 6GB, with the specifications differences between these two GPUs being more than their allotted VRAM. With the RTX 3050, things are even worse. Both GPUs have the exact same name, giving buyers little ability to difference between these two GPUs without looking at an in-depth spec sheet for their GPU or pre-built systems. Nvidia should have called their new RTX 3050 something different, but they chose not to. 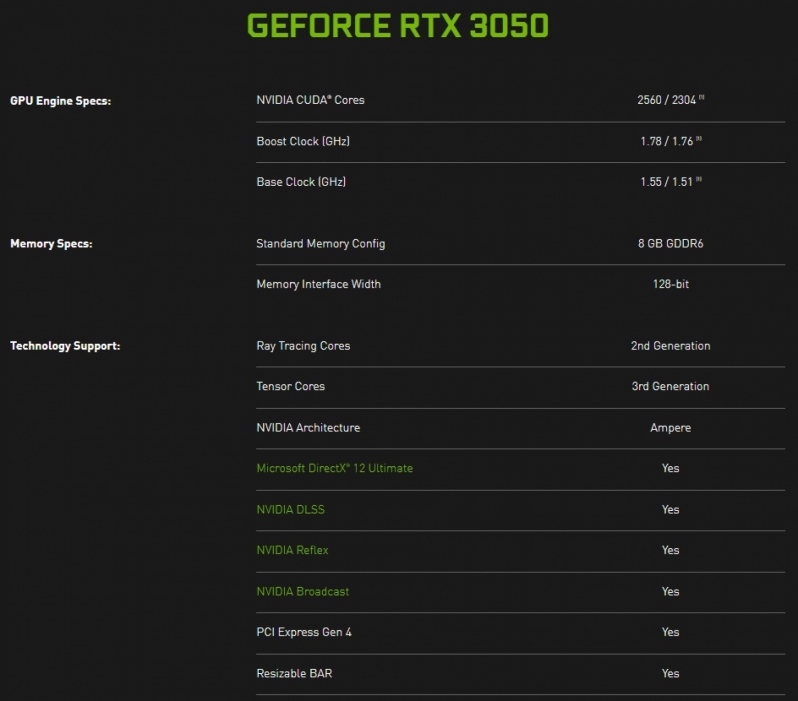 (Specifications for both of Nvidia's RTX 3050 models)

I don't know about you, but I hate when products have a needlessly complicated naming scheme. There is no reason why Nvidia needs to call both of these GPU models the RTX 3050. This creates a situation where some RTX 3050 users have a lesser product, which isn't a great situation to be in.

Right now, it looks like Nvidia's lower-end RTX 3050 GPU model may be OEM only, though this has not been confirmed. Let's hope it is, because if they start selling standalone GPUs with nerfed specitifactions, it would result in a huge hit to Nvidia's reputation.

You can join the discussion on Nvidia's new RTX 3050 model on the OC3D Forums.