Nvidia is "Pulling the Plug on GPP"

The Geforce Partner Program is no more

Nvidia is "Pulling the Plug on GPP"

The reasoning behind Nvidia's Geforce Partner Program (GPP) was crystal clear, to further differentiate Nvidia's Geforce graphics technology from their AMD counterparts, preventing consumers from accidentally purchasing a competing graphics card due to similar branding from their AIB partners.

This effort can is an extension of Nvidia's other branding initiatives, which has seen a large number of new Geforce products include the word Geforce on the side of the product while also showcasing Geforce branding and logos in prominent locations on every graphics card box. There is a reason why every GPUs has stunningly identical packaging these days.

A piece of investigative reporting from HardOCP shed some additional light on Nvidia's Geforce Partner Program, revealing that those who did not sign onto the program would receive less help from Nvidia when marketing or engineering their custom graphics cards. The program also forced to make their "Gaming Brand Aligned Exclusively With GeForce", turning well-known gaming brands into Nvidia only brands within the GPU market.

This information was partially confirmed when ASUS announced their new AREZ sub-brand for Radeon graphics cards, removing their world famous Republic of Gamer branding from Radeon graphics cards. This change forces the global reach of ASUS' ROG brand would no longer extend to Radeon, cutting their marketing reach significantly.

To put this into context, ASUS' ROG Twitter account over has 582,000 followers, whereas their new AREX brand has 136, making the potential reach of an ASUS ROG graphics card tweet over 4,000 times more potent than an equivalent ASUS AREZ tweet. This effect of GPP cuts down the marketing reach of Radeon graphics cards, while also forcing anyone who wants an all-ROG PC into the Geforce camp. 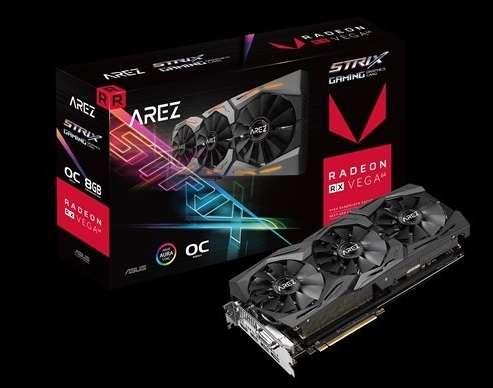 The Geforce partner Program has turned into a marketing mess for Nvidia, with the term becoming toxic amongst PC gamers the world over. While Nvidia may say that there has been a lot of "rumors, conjecture and mistruths" reported about GPP, it is undeniable that it is an effort that will stifle competition within the GPU market.

With Nvidia cancelling the Geforce Partner Program, it is unlikely that we will see the explosion of new GPU sub-brands that we previously expected, though it remains unknown whether or not ASUS will continue to create and market ASUS AREZ series graphics cards, or re-absorb the brand into their more marketable Republic of Gamers umbrella.

You can join the discussion on Nvidia "Pulling the Plug on GPP" on the OC3D Forums.

Dark NighT
Good because the program was a total jerk of an idea.Quote

MacLeod
Good riddance. It was obvious from the get-go what Nvidia was trying to do. Get household names like ROG, MSI Lightning and others to be Nvidia only cards would severely hurt AMD sales. I'm as free market capitalist as you can get but this was just shady and slimey.Quote

g0ggles1994
More to the point, will Asus cancel AREZ and put AMD GPUs back under the RoG branding? They better do. Gigabyte and MSI on the other hand can jump off a cliff for what I careQuote

BigDaddyKong
At this point, I think a good chunk of the program did what they wanted. Brands have been split. They are already marketing it, and they will not throw that away. This gen will sell the separate brands they have created. It will become the norm. They are just pulling out before the government steps in and drops the hammer on them.
They don't give a crap about public perception. They would have never did what they did to start with if they did. The had a goal, and accomplished it. And was able to do it before being investigated and sued.Quote

RobM
If the partners return back to normal branding then I will believe the GPP is over else its just going on secretly.
Funny how they claim to be pulling due to the negative feedback.
I suspect is has rather more to do with the investigation and to avoid the fines that would inevitably come from that than anything else.
I hate bully tacticsQuote
Reply