Nvidia hopes to block AMD's RX 3080 with a new Trademark

All the numbers are belong to Jensen!

Nvidia hopes to block AMD's RX 3080 with a new Trademark

AMD's RX 3080 has been rumoured for quite some time, a GPU name which is designed to 1-up Nvidia's RTX 20XX series in a literal sense, copying the tactics of the company's CPU division when they released their Ryzen-based X370 platform to compete with Intel's Z270 offerings.

The idea is simple, you see two products on a shelf and you look at the numbers. X370 must be better than Z270; the number is bigger, right? It's a simple marketing tactic, and it makes sense for AMD to reuse it within the graphics card market. AMD's naming schemes have moved from RX 580 to RX Vega 64 to Radeon VII; it's not like AMD has a defined branding scheme to follow within the GPU market anymore, so why not piggyback on Nvidia? Nvidia even went to the effort of changing GTX to RTX on the high-end, simply begging to be confused with AMD's established RX graphics lineup.

Nvidia doesn't exactly have clean hands here, especially if you look into the company's Geforce Partner Program (GPP). The GPP could be seen as a failed attempt to force a separation between Geforce and Radeon when it came sub-brands on 3rd party graphics, giving established names like ASUS ROG, MSI Gaming X and Gigabyte Aorus to Nvidia for exclusive use, leaving AMD, the smaller graphics brand without the support of these established, 3rd party brand names. Both sides have tried to play dirty in the graphics cards marketing game, the RX 3080 is just what's likely to be AMD's latest trick, albeit a rumoured one.

Now, it looks like Nvidia wants to stop AMD's games, with recent trademark applications showing that Nvidia claims ownership of the numbers3080, 4080 and 5080, at least within the world of PC graphics. This move appears to be Nvidia's attempt to stop Radeon calling their next graphics card the RX 3080, a name which would inevitably cause confusion when Nvidia releases their RTX/GTX 30XX series, which should include a model called the RTX 3080. 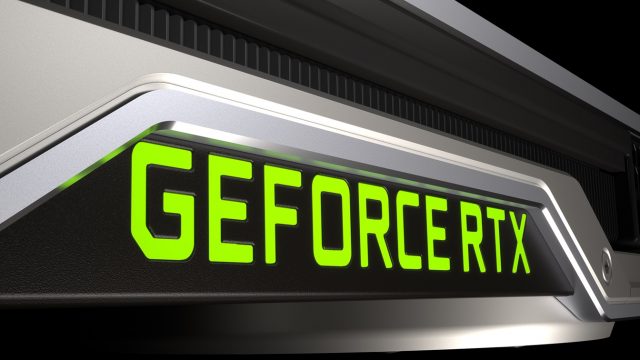 AMD is expected to discuss their next-generation graphics cards at both Computex 2019 and E3 2019, revealing to the world what Navi is capable of. The reveal of the graphics card's name and reference designs are also likely, with recent rumours stating that AMD will release their first batch of Navi GPUs on July 7th.

Nvidia's trademarks can be viewed here at the European Union Intellectual Property Office. These trademark applications are currently under examination, which means that Nvidia isn't guaranteed to receive these trademarks. That said, these applications may be enough to deter AMD from using the RX 3080 name.

NeverBackDown
I don't think you can claim numbers as a trademark?Quote

WYP
Quote:
Depends on how specific the trademark is. Nvidia is making no claims to the numbers outside of the graphics card market.

These trademarks are pending, so there is a good chance that they will be denied. That said, the applications alone may be enough to deter AMD from using the rumoured RX 3080 name.Quote

WYP
Quote:
I think it is logical where AMD needs to go next. There is a clear pattern (don't worry, there is no pattern)

Way to give yourself a consistent brand image AMD... I can see why they abandoned HD, as resolutions beyond full HD were starting to come into vogue, but they just seemed the hate the idea of consistent branding. Then again, I guess Nvidia is doing the same with RTX.Quote

NeverBackDown
Yeah computer companies tend to have awful branding. Outside ROG which is probably the most consistent off the top of my head, monitor companies(TV as well) have the most absurd product names
"Hey I'd like to buy a 27inch gaming monitor"
"Oh that's great, would you like the 27ighjlu450, the 27uhd450lx, or the 27qhdwdpx"Quote
Reply