Nvidia GTX 980Ti to have 6GB of Memory

Nvidia GTX 980Ti to have 6GB of Memory

Until now the GTX 980Ti is considered by many to be a similar launch to the GTX 780, where the Titan X will get a few GPU cores shaved off and get it's VRAM Sliced in half in order to deliver a GPU which is more affordable than the colossal beast that is the $1000 Titan X. 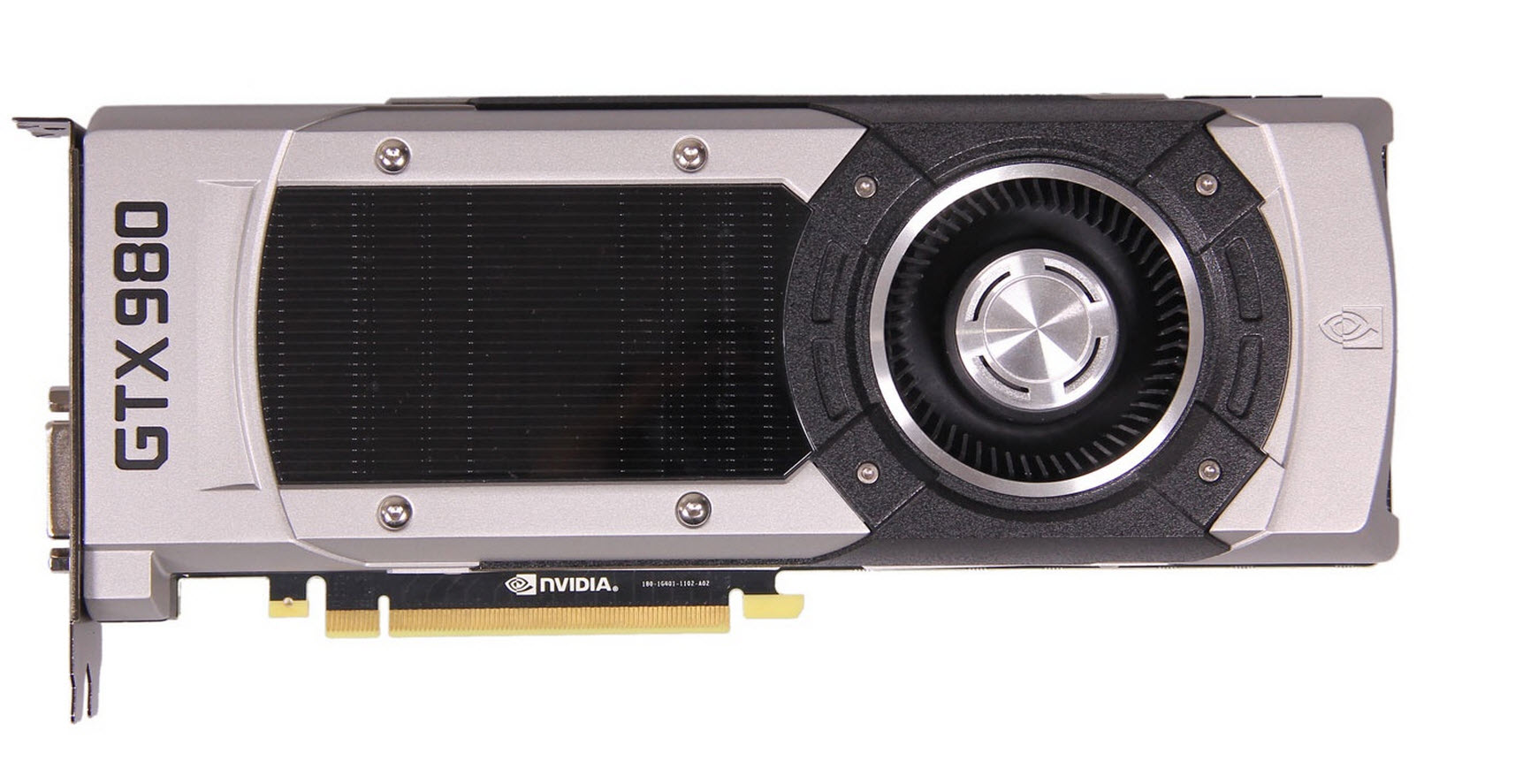 Videocardz, claim that Nvidia have taken a path more similar to the GTX Titan Black and the GTX 780Ti Launched, leaving the GPUs more or less the same, but with the numbered model coming with half of the VRAM Capacity. Though without the added double precision performance the Previous Titan GPUs had to justify their price-point I doubt the GTX 980Ti will have the same CUDA core count.

The lower end GTX 980Ti model will have some clear advantages over the GTX Titan X, that being the ability of Nvidia's AIB partners to create models with custom coolers and PCBs and allow the GPUs to overclock both more easily and likely higher. 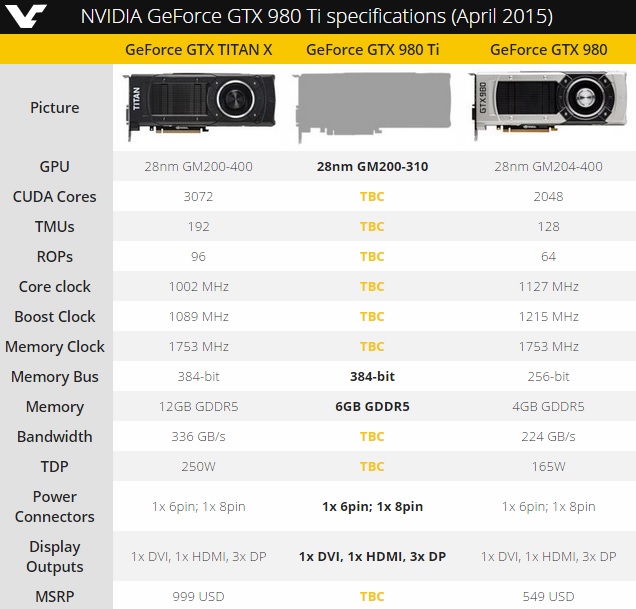 The GTX 980Ti will have a stock cooler with the same design as the Titan X and the GTX 980 and will come with the same stock video output options, with a single DVI output, a single HDMI 2.0 output and 3 Displayport outputs.

Videocardz expect Nvidia to announce the GTX 980 over the next few weeks, so stay tuned for more information as it becomes available.

You can join the discussion on the GTX 980Ti with 6GB of VRAM on the OC3D Forums.

It looks like Nvidia's upcoming GTX 980Ti will have 6GB of Memory, but how far will the Titan X be cut down?http://www.overclock3d.net/articles/gpu_displays/nvidia_gtx_980ti_to_have_6gb_of_memory/1

AlienALX
I heard it was going to be called 980 Metal.

Either way I don't think we'll be seeing it until AMD show their hand.Quote

Doomslayer
Quote:
You could be rightQuote

If NVidia had the choice they would sell the new card with as many shaders disabled as possible so they can shift the maximum number of chips that did not make the grade for the Titan X. If the 390X is a very fast card NVidia will not be able to sell cards with a lot of shaders disabled.

If the new card has all the shaders enabled I think NVidia should call it the "Titan Lite" as it will come with 6gb instead of 12gb of VRAM.

NeverBackDown
Quote:
The card is already being produced.. i guarentee that. It's not just a case of them all of a sudden not lasering the chips and then within a month start selling them. Takes years to design/produce and then months to ship a consumer product. So in the end they will sell it either way.. and Nvidia fanboys will still buy it even if it is the same price as a 390x despite it being slower(based off rumors).

Then AMD will stumble and fall people will blame eachother despite the fact nearly everyone is running Nvidia... That's how i'm viewing the future for AMD this year if this 390x is not a super star.Quote
Reply