Maxwell launched at the start of this year with the GTX 750 and 750 Ti to be later followed up by the more recent release of the high end GTX 980 and GTX 970. With the High and low end Gaming markets covered many have wondered, Where is Mid-Range Maxwell?

Now reports from Sweclockers say that the GTX 960 will be coming in early January at a target price of around $249 to $299 and will replace the GTX 760 (pictured below). 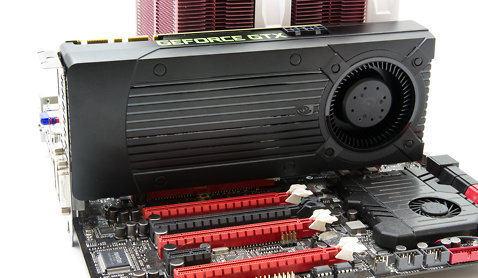 When it comes to memory we can only guess, but if Nvidia do what they usually do with their GTX X60 series GPUs and lower the memory bus size I think that the GTX 960 will have a 128-bit or a 192-bit buss and support either 2GB or 3GB or VRAM respectively depending on the chosen bus size. Then again it also remains a possibility that a full 256-bit bus will be used with 4GB of VRAM, I guess we all have to wait and see.

Join the discussion on the Nvidia GTX 960 on the OC3D Forums.

NeverBackDown
"Now reports from Sweclockers say that the GTX 970 will be coming in early January at a target price of around $249 to $299 and will replace the GTX 760 (pictured below)."

I wonder what the power usage will be like with only the rumored 1280 cores... My guess is not a lot

NeverBackDown
Welcome! Is there any more news regarding specs or anything yet?Quote

WYP
Quote:
Nothing yet, I posted it as soon as I found it. I don't Imagine it being too far off my predicted specs, I guess we will see.

I hope AMD has something big coming soon, we need a bit more competition, or rather competitive pricing.Quote

NeverBackDown
Quote:
We need both dude. ASAP. Only amd rumors about are Jan/early feb releaseQuote
Reply