Today, a GTX 2060 5GB graphics card has appeared on the 3DMARK database, revealing Fire Strike scores that are similar to Nvidia's GTX 1070. These performance levels closely match previously leaked performance estimates, as well as the prediction that the RTX/GTX 2060 graphics cards would offer a 5GB GDDR6 frame buffer.

At this time, it is unknown whether or not this benchmark result is legitimate, as the graphics card and the processor used in this system both register as unknowns by 3DMARK. This 3DMARK score was discovered by TUM APISAK. 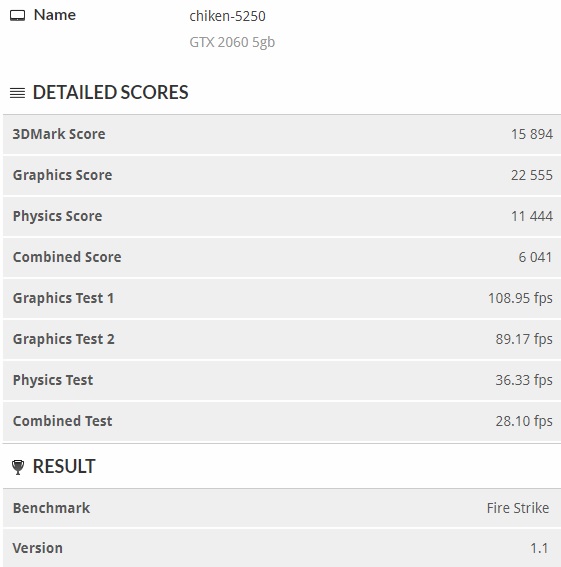 While the idea of a GTX/RTX 2060 with 5GB of VRAM seems strange on paper, given the GTX 1060's use of a 6GB frame buffer, there is no getting around the fact that the performance on show here lines up perfectly with other Geforce 2000 series leaks. That being said, this benchmark score could easily be a fabrication and should be viewed on top of a mountain of salt. This could easily be a doctored GTX 1070 result.

Nvidia is expected to reveal their Geforce series of Turing powered graphics cards at their Geforce Gaming Celebration event on August 20th.

You can join the discussion on the GTX 2060 5GB graphics card that has appeared on the 3DMARK database on the OC3D Forums.

AlienALX
Just watching now. I just spent 5 mins waffling about how hard they would push RT. I was right haha.Quote
Reply