It looks like the launch of Nvidia's GTX 1650 graphics card is imminent, and now the full specifications of the graphics cards have leaked online, alongside an image of ASUS' ROG Strix model.

The release date of the graphics card is said to be April 23rd, according to Videocardz, and the specifications of Nvidia's reference model are below, giving the new card less VRAM, lower clock speeds, a smaller memory bus and fewer CUDA cores than Nvidia's GTX 1660. This is a downgrade in every possible respect.

Right now, it looks like the GTX 1650 will offer a 4GB of VRAM, which is the minimum that we, as a publication, would deem acceptable for a new gaming graphics card. Most modern AAA games can use 3-4GB of VRAM at 1080p, which forces users of 2GB graphics cards to make some graphical sacrifices.

When compared to the GTX 1050 Ti, the GTX 1650 offers more CUDA cores, the advantages of Nvidia's Turing architecture, faster GDDR5 memory and higher clock speeds, making it a significant upgrade over its 10-series predecessors. Even so, there is a huge performance gap between the GTX 1650 and GTX 1660. 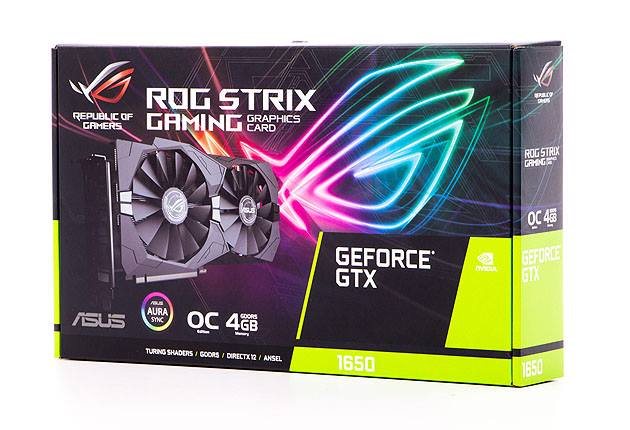 You can join the discussion on Nvidia's GTX 1650 graphics card and ASUS' ROG Strix GTX 1650 on the OC3D Forums.

spolsh
And they're doing a ROG version of it ?Quote

NeverBackDown
This is a ROG

FTLN
I hope one of the vendors release a single slot low profile version for HTPC, this would be perfect turing card for the living room.Quote
Reply