It is finally here! Nvidia's GTX 1070 Ti has finally arrived at OC3D, ready to test for Nvidia's review embargo on November 2nd, the same day that these new cards will be available from retailers worldwide.

Today we will be having a look at Nvidia's GTX 1070 Ti Founders Edition, a Nvidia-made GPU variant that has now moved from being the GTX "Launch Edition" to a "Nvidia StoreExclusivee Edition", at least here in the UK anyway. Right now all of the other variants that we can see at local retailers are custom AIB designs, with many using Nvidia reference PCBs but none of which use Nvidia's iconic Founders Edition cooler.

Here it is, the GTX 1070 Ti Founders Edition, in all of its angular, polygonal glory! 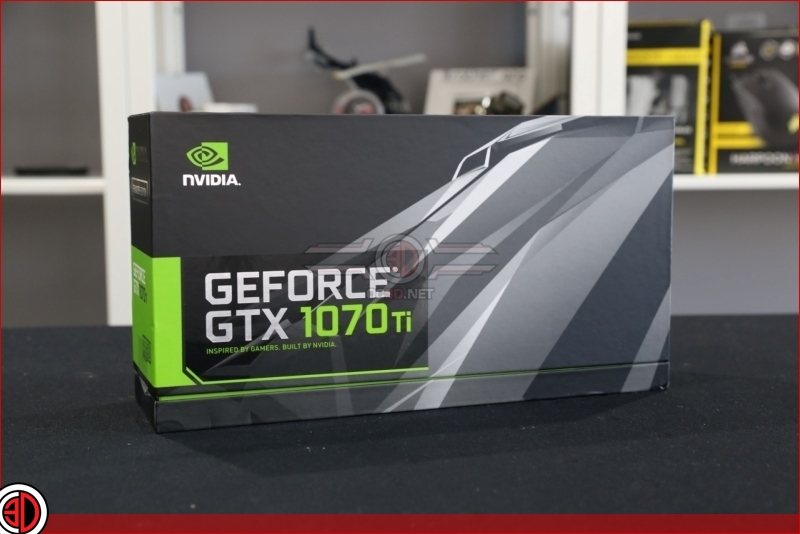 The GTX 1070 Ti is designed to make use of Nvidia's existing GP104 pascal chip, which is the same chip that is used to create Nvidia's GTX 1080 and GTX 1070 series GPUs, with the GTX 1070 Ti offering a new GPU model that sits somewhere in-between these two popular GPU designs.

With a total of 2432 CUDA cores and higher base clock speeds than the company's GTX 1070, it is clear that the GTX 1070 Ti will be much closer to its bigger brother than the GTX 1070 Ti, at least in terms of raw computational power. Memory-wise Nvidia has decided to use GDDR5 memory with their GTX 1070 Ti, offering the same memory configuration as the GTX 1070, leaving the GTX 1080 with a huge performance lead when it comes to memory performance.

It will be interesting to see how well Nvidia's GTX 1070 Ti copes when placed against Nvidia's older GPU models, given its memory parity with the GTX 1070 and computational performance that is relatively close to the GTX 1080.

AlienALX
First FE I have seen. Was starting to wonder if they were going to bother at all tbh.