This hardware generation has been full of questionably labelled hardware from both sides of the market. First, there was Nvidia's vastly different 3GB and 6GB GTX 1060 models (the 3GB version has a significant drop in CUDA cores) and more recently AMD's use of the RX 560 name for both 14 and 16 CU versions of their Polaris 21 GPUs.

Tom's Hardware uncovered the change upon the discovery of Gigabyte's GT 1030 2GD4 LP OC, where the 2GD4 signifies the use of DDR4 memory. Upon further research, Palit was also found to make GT 1030 GPUs with a DDR4 frame buffer, though the model in question did not mention the use of DDR4 memory in its model name.

Without dedicated testing, it is hard to know how much of a performance impact this downgrade would have on the GT 1030's performance, though it is worth noting that the GT 1030's memory configuration is equivalent to a single-channel memory configuration on a desktop CPU (64-bit). To be honest, it is hard not to see this having a negative impact on the gaming performance of the GT 1030, as we have seen AMD's APUs suffer in this regard with over two times the memory bandwidth, albeit shared between a CPU and GPU. 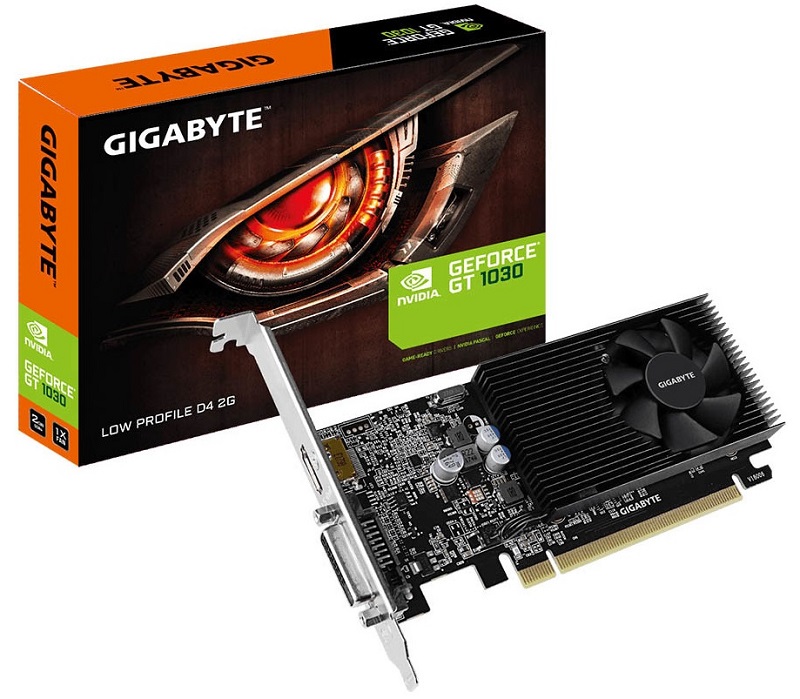 One interesting feature of Nvidia's GT 1030 DDR4 variant is a 10W drop in TDP, with the GPU's power consumption dropping from 30W to 20W.

Our advice is to be careful if you plan to purchase a GT 1030, as some models will offer a much slower memory configuration than others. The scariest thing about this is that some of these DDR4 variants are not clearly labelled, making it very easy for buyers to make a mistake.

You can join the discussion on the introduction of GT 1030 GPUs with DDR4 memory instead of GDDR5 on the OC3D Forums.

Thelosouvlakia
Like the old days where you had the HD78xx (can't remember) cards a model with GDDR5 and the other with DDR3 ... 1 and2 GB capacities respectably... most people would go for the 2GB option ignoring the fact that the memory was slower... and the performance difference... it was there... The GDDR5 variant would blow out of the water the other card...Quote
Reply