Nvidia's new Quadro RTX hardware is set to release in October, with Nvidia confirming three SKUs, the $10,000 Quadro RTX 8000, the $6,300 Quadro RTX 6000 and the $2,300 Quadro RTX 5000. These graphics cards will feature RT cores, Tensor cores and traditional CUDA shaders, making them ideal for most use cases and more versatile than Nvidia's Pascal-based Quadro offerings.

The major selling point of Nvidia's Quadro RTX 8000, aside from the GPU's RT cores and Tensor cores is its huge 48GB GDDR6 memory buffer, as well as its VirtualLink VR capabilities. Nvidia currently lists each of these graphics cards as having four DisplayPort 1.4 outputs alongside a VirtualLink output for VR.

Below are the known specifications of Nvidia's new Quadro RTX lineup:

Nvidia's Quadro RTX series graphics cards will support NVLink, offering 100GB/s of data transfer and the ability to expand Nvidia's graphics cards to offer a combined frame buffer of up to 96GB.

Nvidia has also confirmed that their Quadro RTX series graphics cards will use Samsung 16Gb GDDR6 memory modules, which will offer speeds of 14Gbps per pin. These speeds represent a 75% performance boost over standard 8Gbps GDDR5 memory. 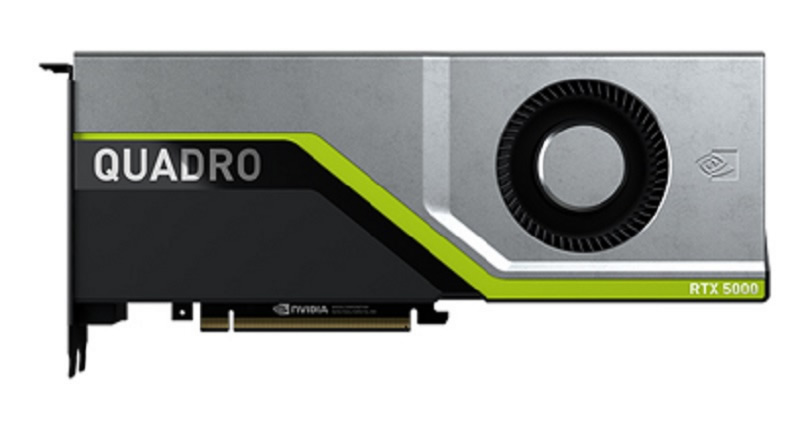 You can join the discussion on Nvidia's Quadro RTX series of Ray Tracing graphics cards on the OC3D Forums.

TheF34RChannel
I have to say it; that's one ugly coolerQuote
Reply