At the NIPs annual AI conference Nvidia has announced their new Titan V GPU, the company's first Vota-based Titan series GPU which will ship with a colossal $3,000 price tag.

This new graphics processor is designed to service the high-end prosumer market and will be the first Titan series GPU that makes use of HBM2 memory. At this time, the full specifications of this GPU are unknown, though early reports have stated that this GPU will be making use of a Nvidia GV100 GPU core and 12GB of HBM2 memory. 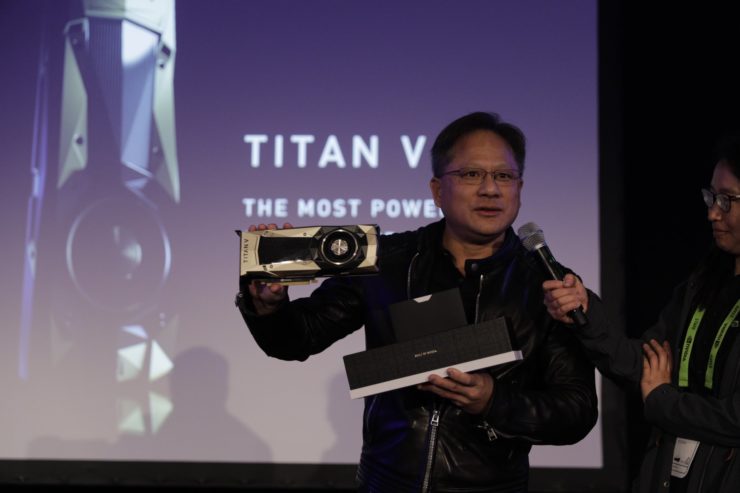 This GPU will be built using TSMC's 12nm manufacturing process, like all of Nvidia's other existing Volta series graphics cards. To be clear, this GPU is not directed at gamers, though it would certainly be interesting to see how this GPU stacks up with today's Pascal offerings.

You can join the discussion on Nvidia's Titan V Volta GPU on the OC3D Forums.

NeverBackDown
Quote:
This is not a gamers card. It's for professional environments.Quote

The_Governour
Quote:
Like they said about the original Titans. The question is if you can game well on it. Will they have game ready drivers for it?

I would like to know how how this card would game VS the Vega counterpart.Quote

Dicehunter
I said it on another forum and I'll say it here, Whoever gets this for "gaming" needs to go see a psychologist.Quote

Giggyolly
If Volta is anything like Pascal, then the titan will probably v102, and v100 will just be for Tesla.Quote
Reply