Nvidia is expanding beyond the world of GPUs

Nvidia has confirmed that they plan to acquire Mellanox, a high-speed networking company, for $6.9 billion, which will see Nvidia purchase all outstanding shares in the company for $125 per share in cash.

At this time Nvidia hopes to close the deal before the end of the year, pending regulatory approval and the approval of Mellanox's shareholders. Mellanox's board of directors has already approved the agreement.

So why are Nvidia buying Mellanox? The answer is relatively simple. Nvidia wants to stabilise their revenue stream by expanding into new areas of the computing market, with the datacenter and the enterprise acting as an ideal location for Nvidia to focus their efforts, especially given the high demand for servers and other cloud computing applications.

GPU demand can shift for various reasons, with the rise and fall of the cryptocurrency market acting as a prime example of wide fluctuations in demand for graphics products. Expanding into new areas will help Nvidia stabilise their revenue flow, making the company more attractive to investors.

Nvidia already has a working relationship with Mellanox, with Nvidia using their networking components to create their DGX-2 series of AI systems. At this time Nvidia GPUs are used in 127 of the world's top 500 supercomputers, while Mellanox interconnects are used in 265 of the top 500. 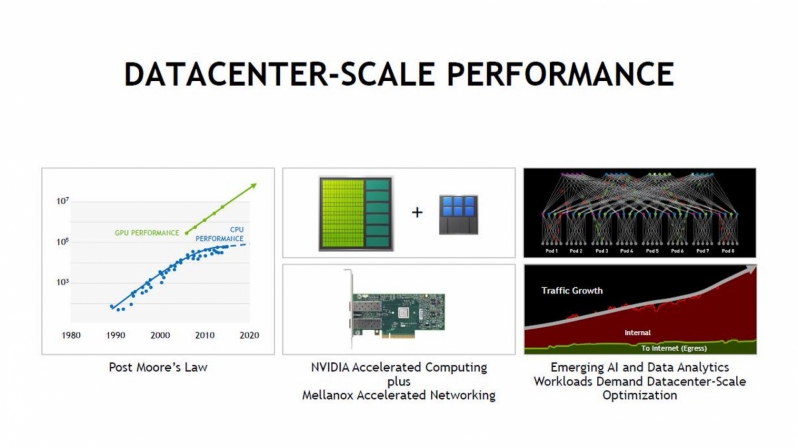 Access to the high-speed networking market will give Nvidia access to $11 billion in addressable market space, giving the company a lot of growth potential. In 2023, Nvidia expects that the high-speed networking market will be worth $11 billion, which will allow Nvidia to easily earn back their $6.9 billion investment if Mellanox proves successful within Nvidia.

Modern workloads are proving to be more and more data-intensive, with the demands for increased networking performance providing a huge opportunity for growth. Moving forward networks will need to get faster, especially for highly interconnected systems. 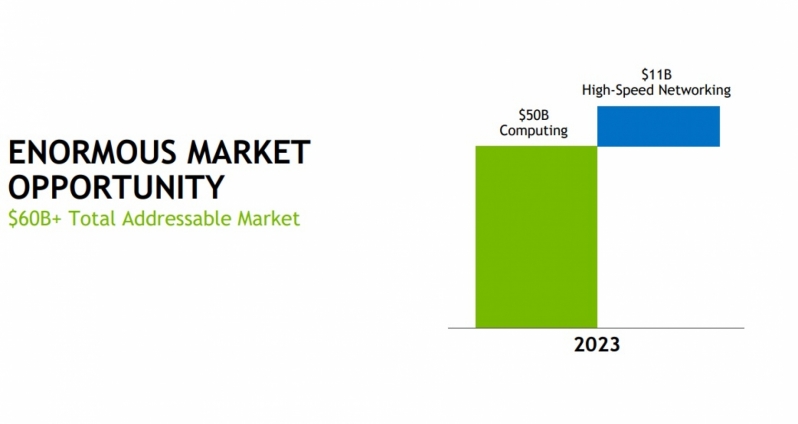 Nvidia outbid Intel to acquire Mellanox, who reportedly bid around $6 billion on the company, showcasing how in-demand Mellanox's technology is within the computing world. With this move, Nvidia will be able to optimise their future datacenter products and supply chips that support a broader range of applications.

Another thing that's worth noting is that networking performance is a vital component of what will facilitate the creation of self-driving cards, which is another market that Nvidia hopes to exploit in the future. Mellanox's acquisition will help Nvidia expand on their datacenter and self-driving vehicle ambitions, which is great news for the GPU giant. 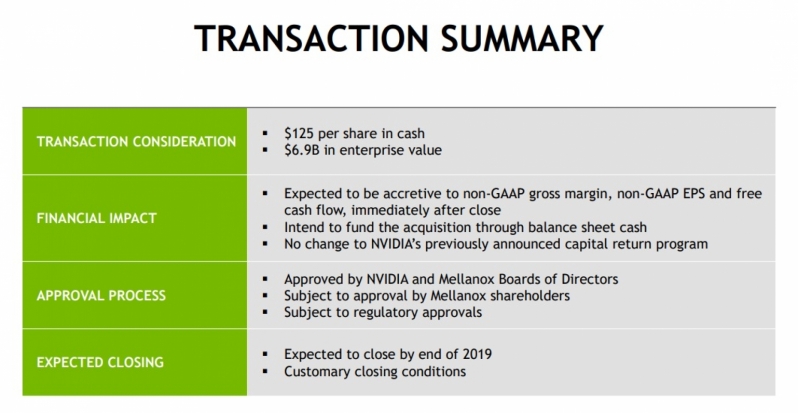 You can join the discussion on Nvidia acquiring Mellanox for $6.9 billion on the OC3D Forums.