The MSI Sea Hawk series of graphics cards is nothing new, packing the performance of the latest GPU offerings with a custom water cooling solution that is designed to deliver users peak performance levels and optimal thermals.

The MSI Sea Hawk EK series of graphics cards will ship with MSI's water block fitted right out of the box, utilising a nickel plated copper block with an acrylic glass top. The graphics card is also adorned with a full cover backplate and several carbon fibre patterns on the unit.

When looking at the specifications of the graphics card we can see that the RT 2080 and RTX 2080 Ti models feature the same listed clock speeds as the Gaming X Trio series (Reviews Here), though these water-cooled models will likely maintain higher boost clock speeds for longer when it is attached to a large enough water cooling setup. 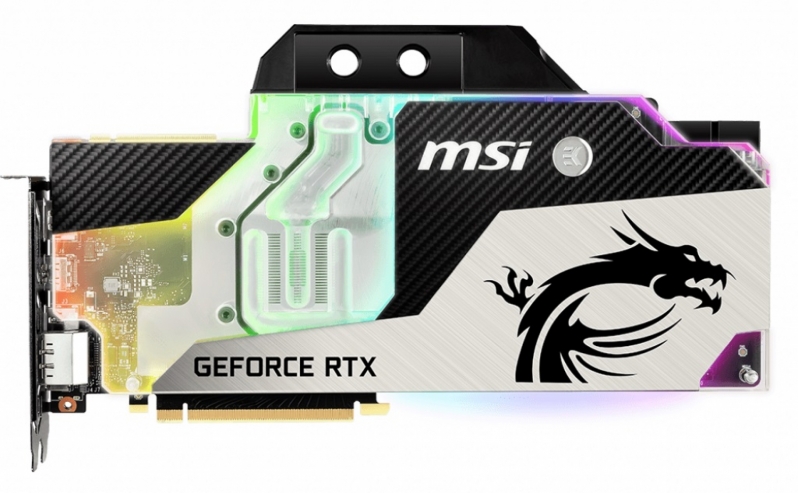 You can join the discussion on MSI's RTX 2080 and RTX 2080 Ti Sea Hawk EK X series graphics cards on the OC3D Forums.

WillSK
I really like MSI kit and actually own a 2080 gaming X Trio. But as someone who likes more sophisticated hardware, I really wish they would get rid of the dragon Motif..Quote

NeverBackDown
Quote:
A dragon with one arm AND wing. They couldn't even do it rightQuote
Reply