Alongside the MECH, MSI also plans to release a Gaming X and an Evoke OC series of Radeon RX Navi graphics cards, as well as a reference-style RX 5700 AIR Boost series graphics card, which is expected to utilise a blower-style cooler design.

In their stream, MSI also mentioned that the majority of their custom RX 5700 lineup will release in late August, with their RX 5700/XT Gaming series having a later launch in September.

MSI's Mech series will feature a factory overclock, but at this time the exact clock speeds offered by the series are unknown. The graphics card will offer three DisplayPort 1.4 outputs and a single HDMI 2.0b connection, just like AMD's reference RX 5700 designs. 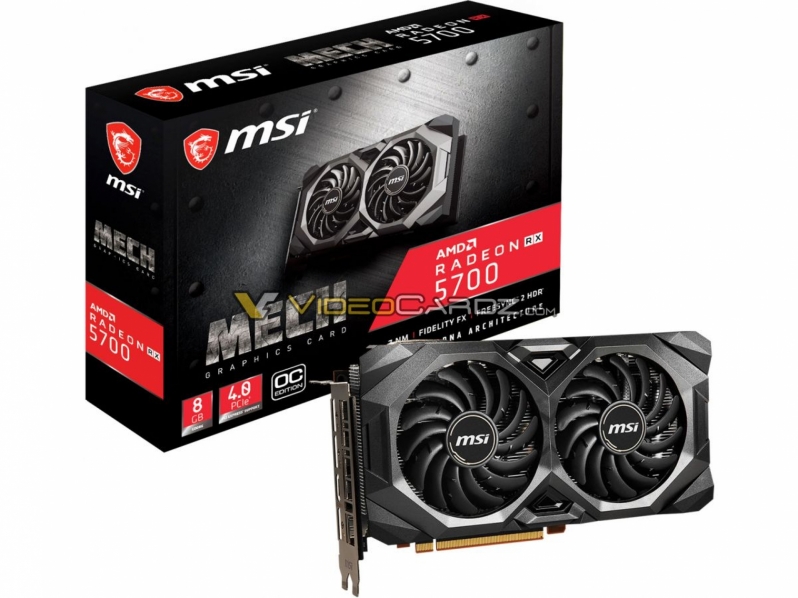 You can join the discussion on MSI's Radeon RX 5700 Mech on the OC3D Forums.