In a recent MSI Insider livestream, the company revealed an image of their first custom Radeon RX 5700 series graphics card, the RX 5700 MECH. This is one of seven planned custom MSI/Radeon Navi graphics cards that are due to release over the next few months.

MSI has previously released a slide that detailed the Radeon RX 5700/XT MECH OC, but the image that was contained there was a placeholder. Now, MSI has revealed an impact of their current RX 5700/XT MECH prototype, showcasing a twin-fan design that's similar to MSI's RTX 2060/70 VENTUS.

Alongside the MECH, MSI also plans to release a Gaming X and an Evoke OC series of Radeon RX Navi graphics cards, as well as a reference-style RX 5700 AIR Boost series graphics card, which is expected to utilise a blower-style cooler design.

In their stream, MSI also mentioned that the majority of their custom RX 5700 lineup will release in late August, with their RX 5700/XT Gaming series having a later launch in September. 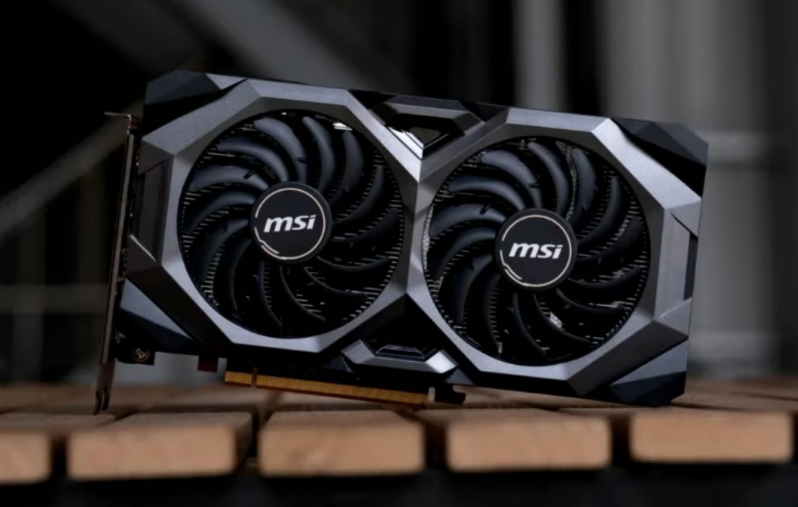 You can join the discussion on MSI's custom RX 5700 MECH series graphics card on the OC3D Forums.

With RGB you need something neutral. Otherwise you have this colour in your rig that can look crap lit up yellow, for example. So I like its neutrality.

I mean, it's better than red or green.Quote

Giggyolly
Looks fine if its an entry level option. Hopefully they do their normal "Gaming" cooler design as well.Quote

Piskeante
nothing but putting an already shown cooler onto a new graphics card. It's the exact same one as the VENTUS coding.

But this is MECH for AMD. For NVIDIA is called VENTUS.Quote
Reply