Soon Nvidia will have nothing new to announce with their RTX 30 Ti series...

Thanks to a leaked MSI presentation, courtesy of Videocardz, the Nvidia partner has practically confirmed that RTX 3080 Ti and RTX 3070 Ti graphics cards are in the works, revealing the company's planned SUPRIM series models. 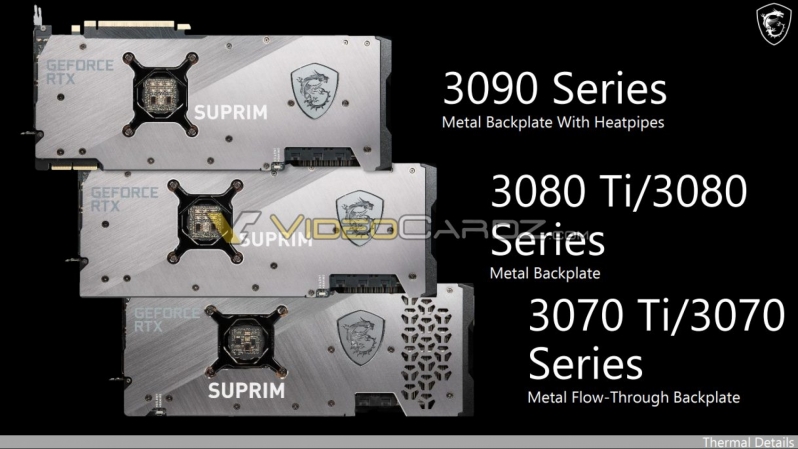 You can join the discussion on MSI's RTX 30 Ti Series Suprim leaks on the OC3D Forums. 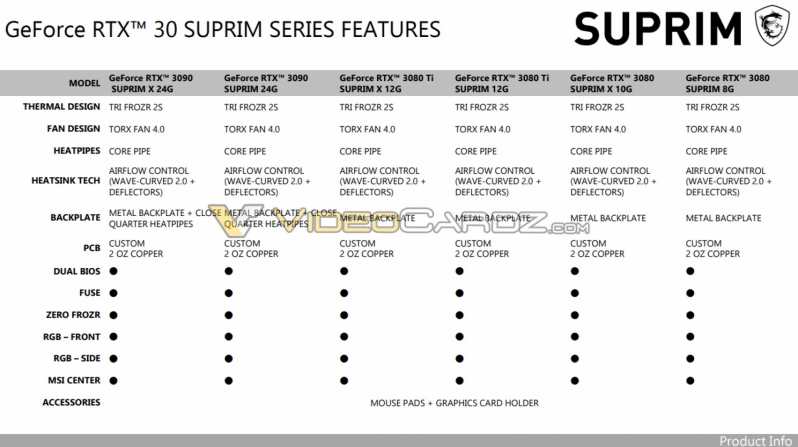 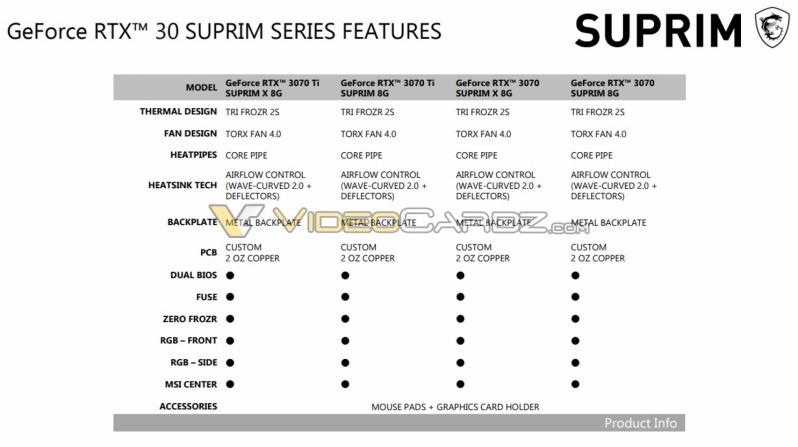