The Lightning is back, clad in Gold and Carbon

MSI's Lightning branded hardware has always sat at the pinnacle of their graphics card lineup, standing as an icon for high-end overclockers and end-users who demand the best of what MSI has to offer.

At CES 2019, MSI has showcased their RTX 2080 Ti Lightning, with Hardware Canucks being the first to release pictures of the graphics card in its full glory, revealing a substantial 3-slot cooler design, a golden aesthetic and black carbon features. This graphics card is premium in every sense of the word, though I guess that should be a given for an ultra-high-end version of a £1000+ graphics card.

Sadly the specifications of MSI's RTX 2080 Ti Lightning remain unknown, though they are expected to be the highest of MSI's RTX 2080 Ti lineup. The Lightning will also feature RGB illumination, with the image below showcasing RGB lighting within two of the cooler's three fans and along the lightning bolt that adorns the side of the graphics card. 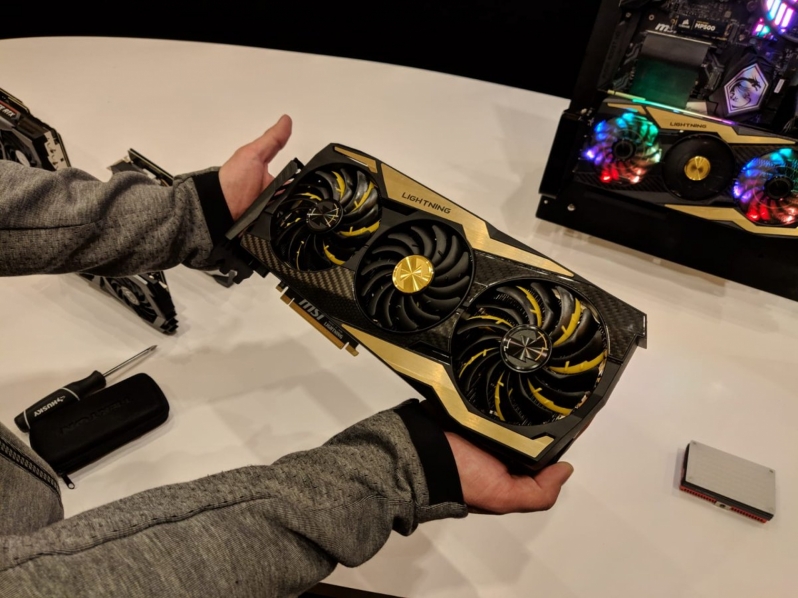 MSI's RT 2080 Ti will also feature a power configuration that will be considered overkill by most users, sporting three 8-pin PCIe power inputs. Early leaks of the graphics card's PCB confirms that the GPU has a 19-phase VRM, making this graphics card more than capable of handling heavy overclocks under LN2. 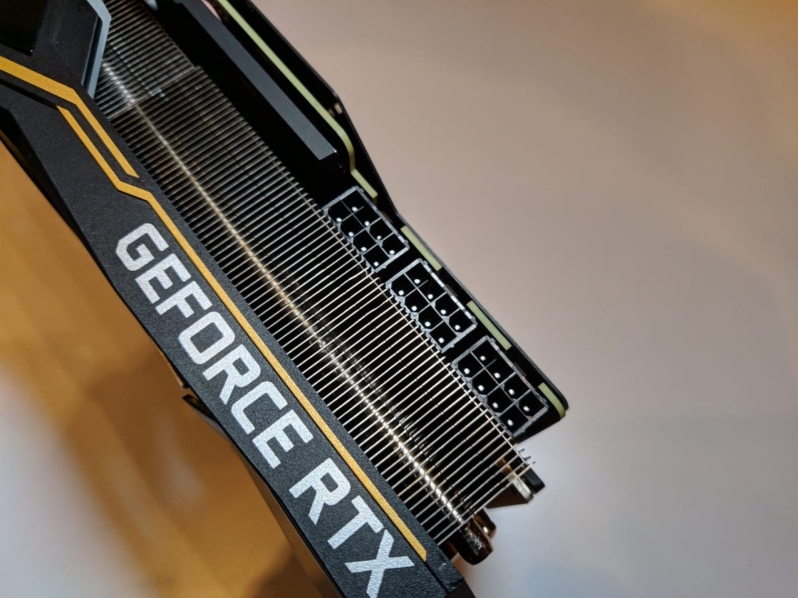 More information about MSI's RTX 2080 Ti Lightning is likely to become available in the near future. It will be interesting to see how well this graphics card compared to the ASUS ROG 2080 Ti Matrix.

You can join the discussion on the MSI RTX 2080 Ti Lightning on the OC3D Forums.

looz
It's as if MSI hired Mansory to design a card for them.Quote

Yttersta
After Asus' Matrix 2080ti, I literally said meh at this card. So yesteryear, regular fin stack and a heatsink, heh.


Jokes aside, I think it will be amazing to see how the two fare against one another this time round. Traditional beefy air cooler at its best versus actually legitimate innovation.Quote

Warchild
Quote:
I'd take this over the ASUS card any day. Sometimes you don't need to fix something that isn't broken. This "regular fin stack and heatsink" will still perform better than most gimmicky looking cards out there.

Just a shame they made it gold...Quote